How To Begin Writing A Rap Song In 3 Easy Steps

Today I’m going to be showing you how to begin writing a rap song so that you don’t get stuck writing songs and can finish them quickly. Let’s get straight to it!

#1 Identify the emotion of the instrumental ( The Identity)

How does it feel? Happy, sad, funny, dark, aggressive, etc..

And based on that emotion what type of song would feel right?

For example, if the emotion is aggressive then think about all the different types of songs that would require aggression and then determine which type of song you want to write.

Once you’ve identified the emotion of the instrumental and thought of a few types of songs that would feel right,  it’s time to start brainstorming ideas.

For example, let’s say the instrumental is aggressive, and you decided you want to write a song that’s meant for the club or for working out, but you’re a conscious rapper and don’t want to talk about the typical stuff such as money, girls, cars, drugs, etc..? So how can you pull that off?

In this case, you need to figure out a plan to where you can get your message across without being super obvious about it at first.

To accomplish this start writing down all of your ideas as they come to you. Don’t be overly judgmental here, stay out of your own way and allow yourself to freely explore many different ideas. When you do this you’ll notice how one idea can build into many others, and this is where the magic happens!

This is called brainstorming, so let those ideas pour onto your page!

For example, I was trying to brainstorm ideas for an aggressive club banger song that’s conscious here’s what a 5-minute brainstorming session looked like for me…

– Comfort is killing you (overeating, lack of exercise, no drive, depression)

– Fighting your inner self (I don’t feel like it, not today, self-doubt)

– Change in your life starts from within you

– Want your life to change? Change some things in your life.

– No handouts (no one owes me anything)

– suffering and pain builds character and makes you stronger

– Every day is an investment

– There’s a difference between spending time and investing

Now it’s time to sift through those puddles of ideas that were created from your brainstorm and begin crafting your storyboard which is your strategy to execute your ideas within your song.

A storyboard can be as simple as you writing down ideas for each section of the song.

This is typically when I begin thinking about the hook because everything I write is always going to tie back into the hook. The hook is the heart of the song so if get my concept for the hook down then writing the verses is much easier!

For example, I like all of the things that I wrote in my brainstorm but for the purpose of writing a conscious club banger, I need something that sounds aggressive for the hook that doesn’t reveal too much of what the song is about. This also allows the hook to mean different things to different people which makes it more relatable.

Do or Die or Level Up feels perfect for this! I’m going to chose “Do or Die”.

Now that I know I’m going to incorporate Do or Die into the hook I can now write down some ideas for how I want to connect my verses to the hook. Just like when we brainstormed, write your ideas down as they come to you as one idea can lead to another. This is where the magic happens. For this example let’s say I have two verses, in verse one I can talk about the following…

Talk about how hard I’ve worked, how much I’ve struggled.

Maybe end the verse with all the people I have depending on me (family, wife, nephews) that’s why for me I’ve not giving myself an out.

And in verse to I could talk about the following…

Talk about all the people who feel like I owe them a handout or a favor.

Just because I’m talented or successful and we’ve crossed paths before doesn’t mean I owe you anything. I’ve sacrificed so much to obtain my skills and success!

Your success isn’t determined by anyone else. You should never give someone else that much power over your life!

Maybe use “due(s)” to tie back into the hook?

Homie I’ve paid my dues, Maybe you should too? Cuz, where I’m from it’s either…(Do or Die)

YOUR SONG HAS BEGUN

And that’s how you begin writing a rap song! Once you have a strategy in place when you go to write the hook and the verses you’re just executing the ideas you’ve already come up with. This allows you to quickly gain momentum and have a clear direction of where the song is supposed to go.

With that being said, you shouldn’t always begin writing a song like this. The first thing you should always do is follow the inspiration, whatever that might be.

You may load up an instrumental and instantly write down the first line that comes to you and then begin chasing the rhyme scheme. You may think of isolated words that rhyme that you want to use. You make think of a funny idea for a punchline or a melody you may be able to use for the hook.

But at some point, you need to take a step back and plan the rest of the song by using the 3 steps from today’s lesson. 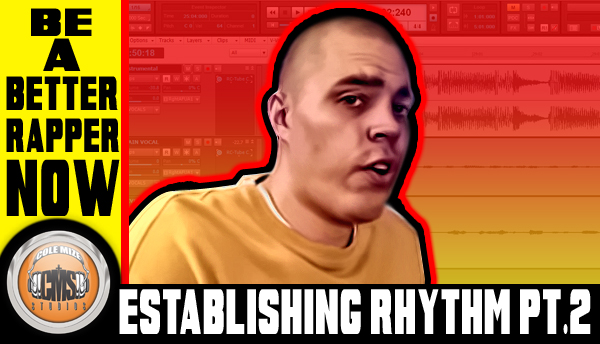 BPM When you are learning how to rap one of the most important things that you need to grasp is how to count. By count I mean understanding how to 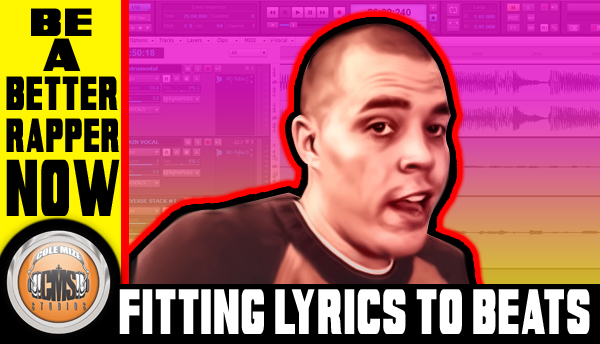 When learning how to rap one very important technique to acquire is the ability to fit your lyrics to beats. Often times us rappers may be inspired to write in