How To Create Rap Punchlines That Hit HARD!

Being a skilled rapper isn’t just about riding the beat it’s much more than that. Rapping is simply the vehicle we use to deliver our message to our audience. However there are many literary devices rappers wield such as rhyme schemes and punchlines which make a huge impact on the listener. And moving the audience emotionally and making a strong impact and lasting impression is really the goal of any artist right? So lets take a quick look at how you can create rap punchlines to hit HARD!!

What Are Rap Punchlines?

Rap Punchlines just like any other punchlines is the culminating part of a joke, story, or thought that gives it its humorous or dramatic point of impact.

There’s actually several literary devices that can make rap punchlines work really well to ensure it has the maximum impact on the listeners. Let’s explore some of these devices and then follow up with some examples of them in use.

Puns: a play on words in which a humorous effect is produced by using a word that suggests two or more meanings.

“But then again you’ll finally get your wish, cuz you’ll be all over the street like 50 Cent” – Eminem, “Nail In the Coffin” (More on this punchline below)

Metaphors: a word or phrase is applied to an object or action to which it is not literally applicable.

“These cats drink champagne and toast to death and pain. Like slaves on a ship talking about who got the flyest chain” – Talib Kweli, “Africa Dream”

Irony: a state of affairs or an event that seems deliberately contrary to what one expects and is often amusing as a result.

“As far as that album you dropped, I ain’t feelin it, I wouldn’t buy your record if it had a hundred dollar bill in it” – Chino XL, “Creep”

Similes: the comparison of one thing with another thing of a different kind, used to make a description more emphatic or vivid.

“My Rap career goes back further than your fathers hairline” – Ludacris, “Coming To America”

There’s two main methods rap punchlines are delivered; Buildups and One Liners. Let’s take a brief look at both of these.

Often times people recognize this as being a witty or an intelligent writer. In fact many define a genius as someone who can predict the outcome of something before it happens. With that being said I like to think of The Buildup as the lyrical genius within us at work. As we carefully craft our lyrics with the expectation of leaving our listeners in aw.

Eminem – “Nail In the Coffin”

I would never claim to be no Ray Benzino
an 83 year old fake Pachino
So how can he hold me over some balcony
without throwin his lower back out as soon as he goes to lift me
Please don’t, you’ll probably fall with me
and our as**s will both be history
But then again you’ll finally get your wish
cuz you’ll be all over the street like 50 Cent

What’s genius about these lyrics is how Eminem is setting up his punchline way ahead of time. Notice how he’s making fun of and exaggerating Benzino’s age while questioning his threat on how he could physically hold him over a balcony without throwing is lower back out. Which leads to the punchline “But then again you’ll finally get your wish cuz you’ll be all over the street like 50 cent“.

This punchline also has a double meaning. This technique is a literary device known as a Pun, Double Entendre or Figure of Speech. Which basically means the phrase has two different meanings or interpretations.

The obvious meaning is that Benzino will be splattered all over the pavement from such a huge fall. But what makes this line really hit hard is it’s alternate meaning.

The alternate meaning is that 50 cent was at the peak of his career at this time and “being all in the streets or all over the streets” is a slang term that means someone is popular.

“As far as that album you dropped, I ain’t feelin it
I wouldn’t buy your record if it had a hundred dollar bill in it“

This particular punchline from Chino XL uses a much shorter setup as he is known for rapidly delivering punchlines as frequent as every other bar. One bar for a quick buildup followed by a second bar to deliver the punchline.  This punchline uses a funny literary device known as Irony because who wouldn’t buy an album for twelve bucks that had a one hundred dollar bill in it right? lol!

One liners are another common form of a punchline that is often used. One Liners don’t use a Buildup at all. However these still make a big impact on the listener and are highly effective in giving your lyrics the wow factor when executed properly. Let’s look at some examples.

“Even if you dated a stick of dynamite, you still couldn’t go out with a bang”

“My Rap career goes back further than your fathers hairline”

These examples are pretty straight forward. In the Field Mob example they’re using two literary devices, Similes and Puns. Since similes are comparing one thing to another “Like a” and puns with the use of “low-key” and “midget locksmith” The Eminem examples are using puns and the Ludacris example is using a Pun as well as a Simile.

Now that you have a deeper understanding of what rap punchlines are along with common literary devices that are used to create them it’s time to start creating some for your self don’t ya think? Don’t wait until you’re working on your next song to start formulating your punchlines that hit harder than Mike Tyson. Go ahead and start building a list of punchlines that you can pull from when you’re writing your lyrics later.

Not only will this give you some good practice but it can also improve your workflow. Nothing kills your creative vibe more while writing lyrics than getting stuck on lines for long periods of time. So go ahead and build your arsenal by putting the creative genius within you to work!

Did you find this article helpful? Have a question or comment? I’d love to hear from you so make sure you drop your 2 cents in comments section below! 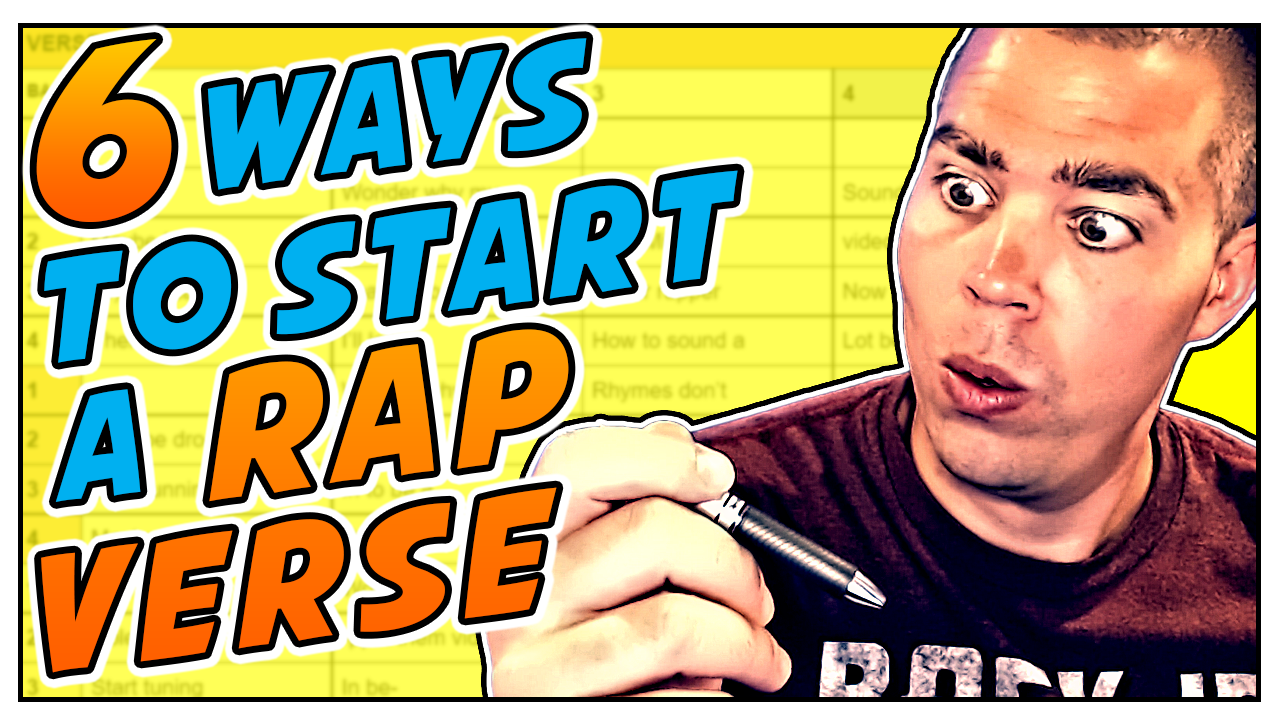 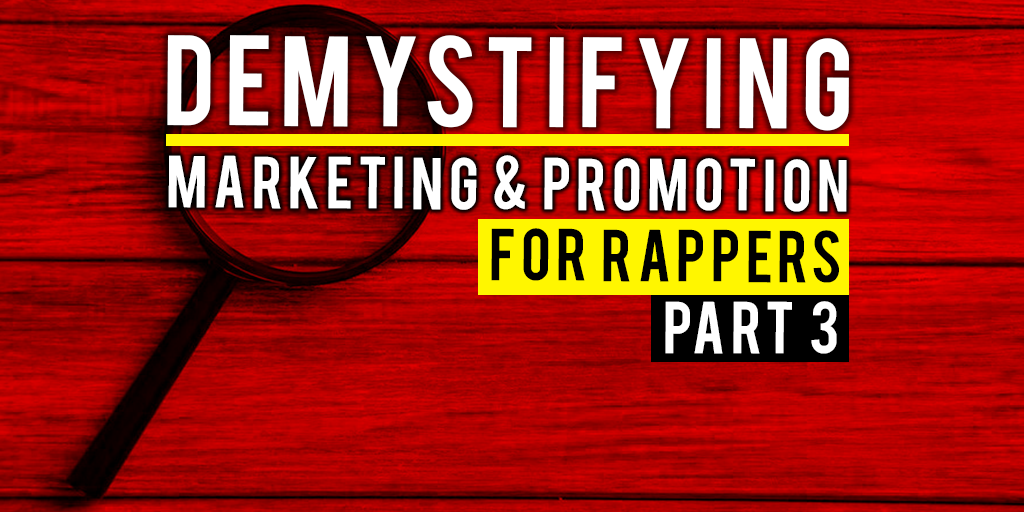 S.E.O Another great promotional strategy is called “S.E.O” which stands for “Seach Engine Optimization”. You actually participate in SEO all of the time. For example, if you heard about a