How To Freestyle Longer Without Messing Up

In today’s video, I’m going to teach you how to freestyle longer without messing up. So if you’re wanting to learn how to improve your freestyle rap I’m about to give you 3 tips that you can start using today that will get you guaranteed results!

The first thing you need to understand is that there are 3 different types of freestyle rap.

The most common one that comes to people’s mind when they think about freestyling is known as “Off the Dome” or  “of the top”. When using this type of freestyle rap you’re improvising and coming up with your lyrics on the spot! It’s not premeditated or planned.

However, when you see rappers freestyling on shows like “Sway In The Morning” and “Funk Flex” a lot of times they’re not going off the dome!

Which leads me to the 2nd type of freestyle rap which is known as Writtens.

Writtens is when a rapper memorizes a verse they’ve already written and they’re prepared to rap it over any instrumental that’s being played.

Oftentimes they write verses specifically for the purpose of freestyling and may even write a verse for a specific situation or location they will be freestyling at such as rap battles, cyphers, interviews, and shows.

Most instrumentals used during freestyles are mid-tempo, east coast, boom bap type beats that are around the 85-95 tempo range. As long as there isn’t more than a 20 bpm difference from the

tempo you wrote your verse to and the instrumental you freestyle your verse over it will still typically sound good.

I remember like 15 years ago I already had about an hour worth of freestyle verses I wrote memorized and ready to spit at any given time over a beat or acapella.

You look at my skin complexion and you question my skill/

You heard I rapped. Laughed in disbelief then looked the other way/

A new era cap, baggy jeans, and a fitted grill/

Get of tha physical, stereotypical, pitiful,

System individuals use I choose to ridicule/

You don’t have to speak, to leak, what your thinking/

I see past the physical, deeper than average people do/

It might be hard to fathom, but my mindset is spiritual/

You see a flower, I see deeper than the root/

I see a seed that was planted watered nourished and grew/

Take out the flower replace the image with you/

You grew from a seed, take heed of what’s produced/

3 HYBRID (OFF THE DOME AND WRITTEN)

The 3rd type of Freestyle rap is a hybrid approach which incorporates both the written and off the dome techniques for the following reasons.

1 Off The Top Fumble

Even if a rapper is freestyling off the dome they will still have lyrics memorized in case they fumble so that they can play it off and make it less noticeable.

This also works the opposite way. Let’s say you’re spittin a verse you memorized but you forget your lyrics then you can just start freestyling from there and the audience wouldn’t even know unless they heard you spit that verse before.

Or in some cases, the rapper may use this hybrid approach to make their overall performance more impressive getting the best of both worlds.

Written verses are typically more technically impressive due to their well-structured dense rhyme schemes, brilliantly throughout out wordplay, and dynamic rap flow.

But off the top freestyles are using things around them in that moment which makes it much more personal and specific which makes the audience feel a part of the performance which draws them in more.

So now that you know there’s different types of freestyle rap, keep that in mind when you’re comparing your freestyle skills to other rappers. Don’t expect your off the dome freestyles to be as technical as someone’s written freestyle.

For example, just imagine how many hours Eminem probably spent writing “Rap God”. “Rap God” is not something you’re able to create off the top. Something like Rap God takes a lot of technical skills, to tweak the words and cadences to flow that fast and perfectly together!

Now here’s three techniques you can start using today that will allow you to freestyle off the dome longer without messing up!

One of the biggest mistakes rappers make when freestyling off the top is they try to rhyme too much with both end rhymes and internal rhymes which can cause them to trip up because they either run out of words that rhyme or they don’t give themselves enough time to think about the next thing they’re going to say.

So the solution here is simple. Just try to mainly use end rhymes so you’re not making things unnecessarily difficult for you.

It’s okay to occasionally use internal rhymes here and there but don’t use them by default.

Another common mistake rappers make when freestyling off the top is they try to make their rap flow too complex.

This is typically due to the same reasons as before in regards to trying to make their off the top freestyles sound like writtens.

Typically the overall rap flow of off the top freestyles are very simple because the main focal point is the lyrics not the flow. As long as you’re not rapping off beat then no one will care about your flow being simple.

If you struggle to stay on beat I recommend taking my free rap course I created here on youtube called “5 Minutes To A Better Rap Flow”.

So don’t try to rap too fast or make your bars too dense when you’re freestyling. Giving yourself some breathing room will cause you to be much more free and flexible and less boxed in which allows you to freestyle longer without messing up.

With that being said you can still have moments in your freestyle where your bars get a bit dense but you don’t want to stay there for long because you’re much more likely to mess up doing that.

Notice how for the majority of the time he’s giving himself plenty of space in his bars. And to my previous tip he’s rhyming mainly on the 4th beat which are end rhymes. But he will briefly use internal rhymes when he wants to make his bars more dense and aggressive. But he doesn’t do this for long before returning to rapping less dense bars.

When you’re freestyling off the top you typically only have 2 seconds or less to think of a rhyme.

One of the most common reasons rappers mess up when they’re freestyling is because they can’t think of a word that rhymes quickly enough.

For example, on a daily basis you only use a small amount of the words that you actually know. These are typically the words you hear and use most often so they’re in the front of your mind.

So when you’re freestyling you can only rhyme with the words that are fresh in your mind.

This is why I recommend memorizing lists of words that rhyme.

Just type in a word and it will give you a list of words that rhyme with that word.

You don’t have to memorize every single word of every list, but try to memorize the words you could see yourself using most often.

The great thing about Rhyme Wave is it has multi-syllable rhyme lists as well so please don’t limit yourself to only learning one-syllable rhymes!

The more lists of rhymes you memorize the longer you will be able to freestyle without messing up!

If you wish to learn more about Rhyme Wave I did a really dope video with the owner Jon Clark,

Also, Jon and a few of his fellow Emcee’s made a really dope documentary about Freestyling called “Free – Surfing The Void”. This documentary gives you a behind-the-scenes look at rappers who specialize in freestyling and they share their techniques and philosophies! It’s only 15 minutes long and It’s a gotta watch in my opinion! I found it to be absolutely fascinating!

WHICH IS YOUR FAVORITE?

Quick question. What’s your favorite type of freestyling? Off The Dome? Writtens? Or a Hybrid of the two? Also, do you have any freestyling tips that weren’t covered in this video that you’d like to share with the community? Please drop them gems down below! 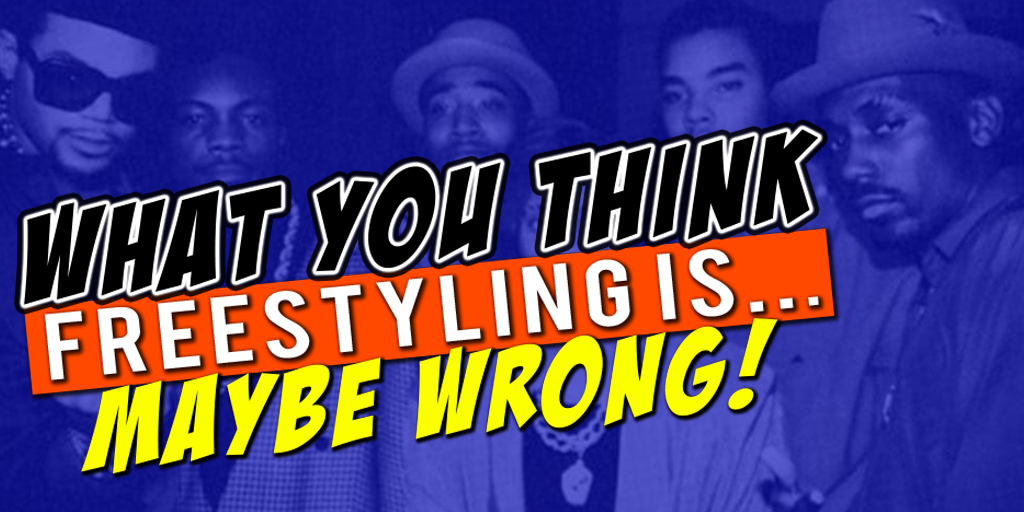 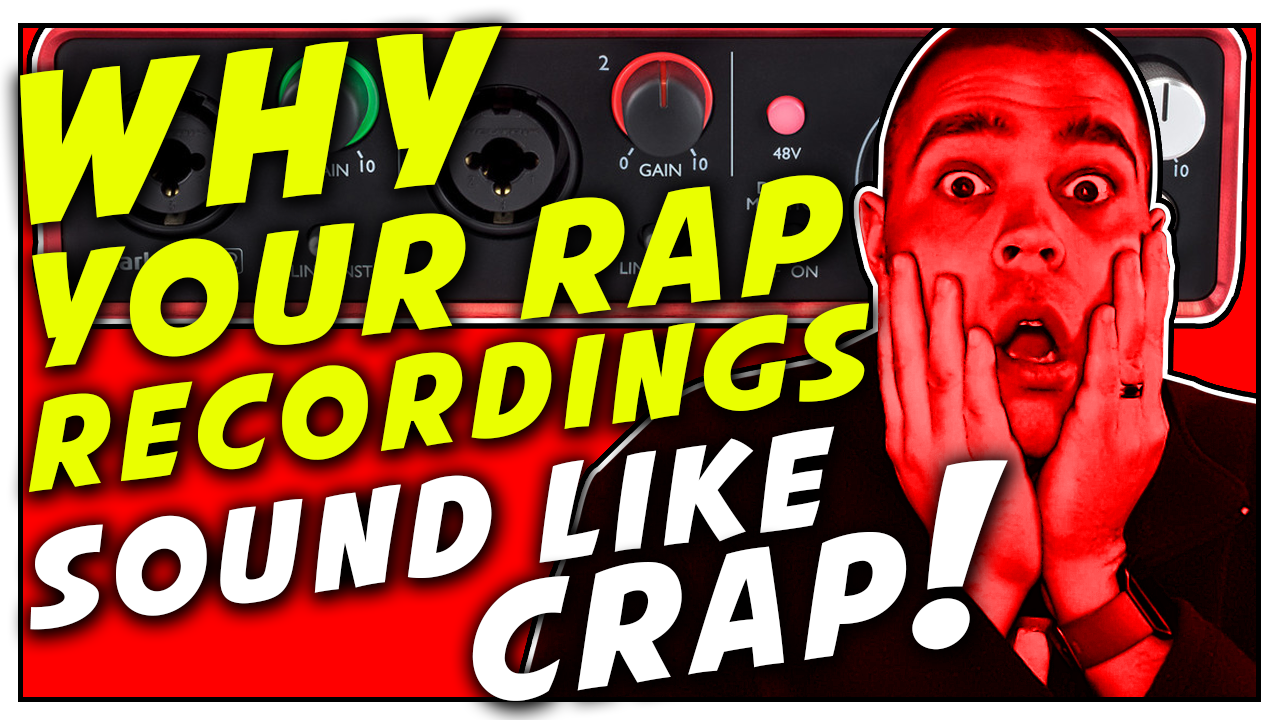 Today I’m going to share with you one of the most common mistakes I see rappers make when recording their vocals which makes them sound like crap! The good news