How To Improve Your Rap Voice: Control

In my first article discussing how to improve your rap voice I spoke about the most obvious culprit that hinders most rappers which is a lack or surplus of emotions. In this article I will delve into some of the not so obvious factors that could be plaguing you in reaching your desired rap voice which is centered around controlling your voice. So without further ado let’s get straight to it.

What are your vocal chords?

In short your vocal chords are a muscle. Just like any other muscle they are limited to the amount of strain that they can bare. Approaching a vocal performance should be done in a similar fashion to how someone approaches working out at the gym.  You don’t just walk in to the gym and start throwing around heavy weight because you could seriously injure yourself.

Your Voice In A Day

Have you ever noticed that your voice doesn’t sound the same throughout the entire day? Not like you go from sounded like a male to a female or anything that drastic lol. But once you wake up from sleeping your vocal chords “muscles” have been resting for a long period of time. This will typically be your vocals most relaxed state throughout the entire day. Though your breath may be kicking like Bruce Lee you’ll likely notice your voice sounds deeper and smoother than it did before you went to sleep.

This is because throughout your entire day you are working your vocals muscles and are gradually wearing it out especially if you experienced an episode of road rage or got into a shouting match with someone. Your vocal chords only have a certain amount of mileage per day before the tread starts wearing off a bit.

Preserving Your Rap Voice Before A Performance

If you’re planning on doing a live performance whether it be in the studio or in front of a live audience start being proactive to preserve your rap voice. Here’s a few ways that you can do so.

Preserving Your Rap Voice In The Studio

If you’re recording a rap song and have very aggressive verses but your hook is soft and melodic start recording the hook first before going all in on your verses. This will ensure your vocals are as fresh as possible for the hook. Also if you’re have a difficult time getting your verses to sound exactly how you want them. Instead of recording the verse over and over again consider recording in four bar increments at a time. This means you will punch in four times if your verse is 16 bars and you won’t put any unnecessarily strain on your vocals.

One issue that will negatively affect your rap voice is running out of breath. So make sure you’re giving yourself plenty of room to breathe. a good breathing technique is to work in some breathing room during every bar or every other bar. This will ensure your vocals energy and tone is preserved throughout the course of your performance.

Also the more vowel sounds that you use the more quickly you will deplete your air supply. With this being said start paying close attention to your breathing and the amount of air you’re letting out your lungs and practice controlling it by rapping at a conservative volume, don’t over use vowels and work in plenty of room to breathe.

Remember that the microphones job is to amplify your voice so let it do it’s job! There’s no need to scream or yell really loud unless it’s absolutely necessary. Remember that you don’t have to get really loud in order to have a lot of attitude and emotions in your performance. Plus regardless of how loud you get your volume is going to be controlled once the track is being mixed.

Another common reason people wear out their vocals during recording is because they turn the beat up too loud so they have to rap much louder in order to hear themselves in their headphones. Try this out; turn the headphones up as loud as they will go and then turn the beat down as low as possible while still being able hear and feel the music. Then adjust your mic level so that you can hear your self comfortably. This little trick is called “gain staging” and can really help you get better sounding recordings while also preserving your rap voice.

Having good stage presence is great! It’s important to work all areas of the stage to have as much interaction with the audience as possible. But if you overwork the stage you will run out of breathe which will obviously negatively effect your rap voice.

To prevent this from happening practice your songs at home while moving around your room emulating your body movements you will be using on stage. This will not only build up your cardio as a performer but it will also give you a threshold for what is to much activity. Also jogging while rapping is another great way to build up your performance endurance for live performances.

Whenever you have your music mixed by an engineer they should provide you with several different versions of your song including; instrumental, acapella, performance and main listening versions. The performance version is basically your song with your main vocals removed except for on the hook and they typically will leave any background vocals such as stacks, spot stacks and adlibs. This gives you a break during the hook as well as some extra support during your vocals while performing your song live.

When you’re performing live it’s a similar situation as I discussed in the studio in regards to hearing yourself along with the music. Make sure you can hear yourself on the mic along with the music clearly and if you can’t instead of screaming on the mic and ruining your voice ask whoever is running the sound equipment to make the necessary adjustments. This is why you are supposed to do mic checks before performing live to ensure the microphone levels and the music are well balanced so the audience can hear you and so you can hear yourself as well.

One more common mistake many people make while performing live is they hold the microphone wrong which makes them sound like crap! Remember that a microphone doesn’t have a brain and it can only hear what you put in front of it. So make sure you don’t cover up the cone part of the mic with your hand but rather grip the mic below the cone. This will ensure that you are loud and clear and you won’t sound like you’re rapping with a mouth full of marshmallows!

Did you find this article helpful? Have a question? I’d love to hear from you so make sure you drop your 2 cents in the comments section below! 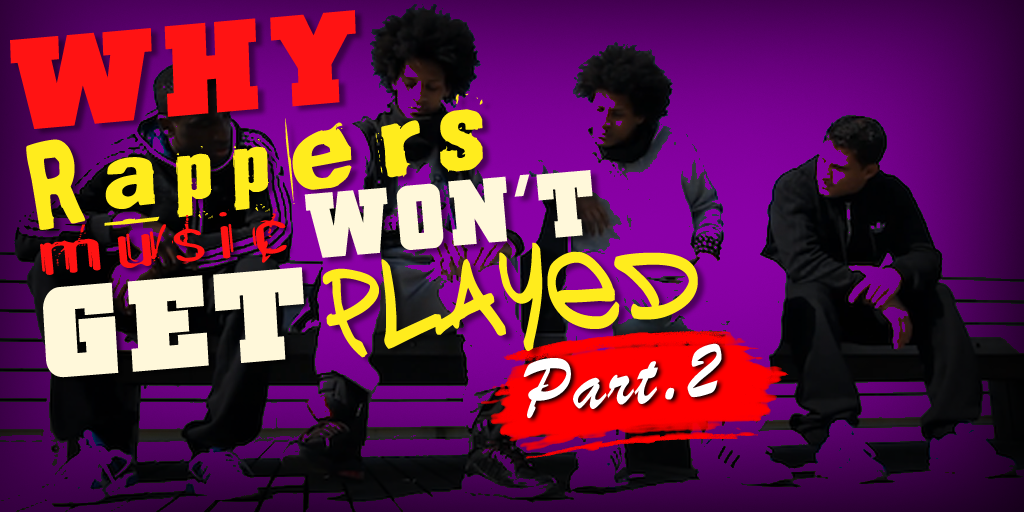 Making Good Impressions In my previous article on Reasons Why Rappers Music Wont Get Played pt.1 I spoke a lot about the importance of being considerate of others and advised to 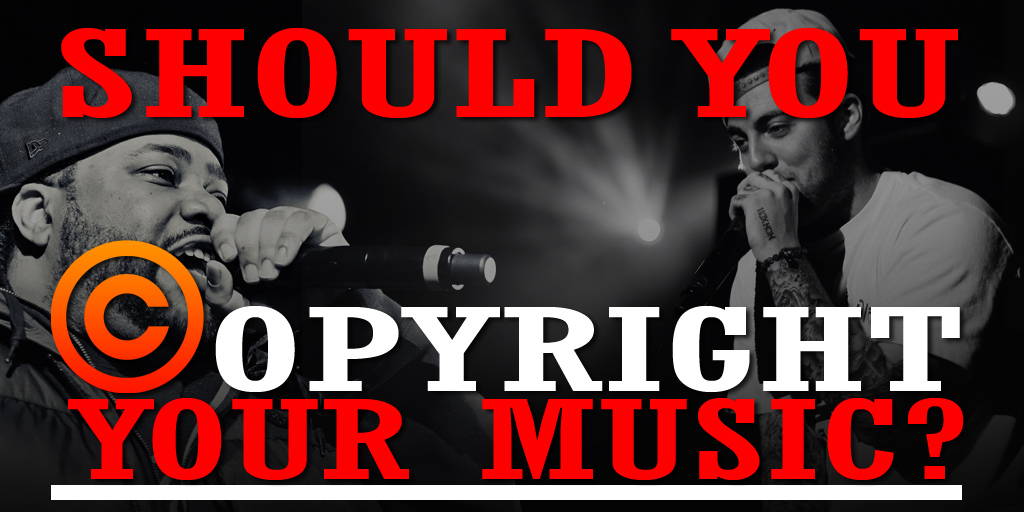