How To Rap A Verse – Establishing Rhythm PT.3

Staying on beat is probably the most common obstacle I see people struggle with who are learning how to rap and there’s several reasons for it. It’s most likely not due to you being tone def or not having rhythm. It’s probably because you’ve just never been taught how to do it in a way that’s easy to understand and practical to implement. In this article I’m going to go deeper than I ever have before into this topic and if you apply these techniques they will prevent you from making the same common mistakes that many do. So if you’re ready to learn how to lock on to the beat tighter than spandex at a weight watchers convention then LET’S GET IT!!!

The foundation that everything in rapping is built upon is rhythm. In fact a popular acronym that’s been given for R.A.P is Rhythm And Poetry. Your rhythm is your ability to synchronize with the pulse of the music. Some call this being in the pocket, being on beat, riding the beat, being in time etc..

If you’ve never learned how to establish your rhythm to music before here’s a in depth tutorial on how to do so.

If you don’t know what a bar is which is also known as a measure it’s basically just a way that we “measure” musical time. When you hear someone say “they got bars” this is what they’re referring to. A bar is divided up into four small sections called beats so there are four beats per bar. When you hear someone say you are off beat they simply mean you’re syllables aren’t landing on top of the beats in each bar. These are also known as quarter notes as well as the 4 count. Typically the kick drum takes up the 1st and 3rd beat and the snare drum takes up the 2nd and 4th beat of each bar. For a more in depth look at bars and musical notes please check out my previous article entitled Music Notes Explained.

The easiest way to begin establishing your rhythm is to identify the two snare drums. The reason being is because snare drums are higher in frequency than kick drums so their apparent volume is perceived to be louder by our ears. Kick drums are usually much lower in frequencies since their sound is mainly bass so their apparent volume is perceived to be lower by our ears which can make them harder to hear especially on devices such as laptops and cellphones that use smaller speakers that don’t translate lower frequencies very well.

Now unless you have some type of musical background then it’s highly probable that you might not even know what a snare is and that’s okay. Most people hear music as just one complete sound. But what we’re going to do is some ear training to help you focus specifically on the snare.

Have you ever noticed that pictures that are focused in on specific objects cause all objects around them to become blurred? This is exactly what our eyes do when we focus on something close up. A similar phenomena occurs when we focus on specific sounds in music. You’ll likely notice that once we start focusing on the snare drums the rest of the music starts to become more out of focus in our minds which causes the snare drums to pop out at us and become more recognizable.

Many people get the snare drums confused with the hi hats which have a more high pitched sparkly metal sound to them. A snare is a type of drum that has a really short and sharp smack or slap sound characteristic to it. This is the drum that you see in movies like Drumline played by Nick Cannon or the Christmas classic The Little Drummer Boy. You’ll also see snare drums used in old war movies as a tool used to rally the troops and communicate Mourse Code like messages by playing specific cadences which carried different meanings.

It’s also important to note that in rap music sometimes the snare drum may be substituted or blended with a clap or snap sound. But regardless most of the time they’ll still be placed in the same exact spot as a snare on the 2nd and 4th beat of each bar.

Once you’ve located the snares start bobbing your head back and forth at an even and steady speed so that when your head reaches the end of the forward position it lands right on top of the snare while also saying “two” on the first snare and saying “four” on the second snare. Bobbing your head is just one way to achieve this so also feel free to substitute it with tapping your foot our moving your arm if one of those is more comfortable for you.

Once you feel like you’ve got the 4 count down pat double the speed of your head movement so the end of your heads forward position is now landing directly on top of the one, two, three & four. This is the speed that I’ve found to be the most comfortable for me regardless if I’m doing head, foot, or arm movements. As we move on to faster counts I prefer to leave my body movement at this speed because it’s an easy speed to maintain and it doesn’t wear you out!

If you prefer to use foot movements raise the front of the foot off the ground while leaving the heel of the foot planted on the ground. This position is substituting the backwards position of the head movement and should be in between the numbers one, two, three & four once your have doubled the speed of your body movement from the previous step. Once you bring the front of the foot back down to the ground it should be landing on top of the one, two, three and four and this is taking the place of the forward position of the head movement.

Now that we’ve doubled the speed of our head movement to where the forward position is now landing on top of all the numbers. We’re simply just going to add the word “and” in between each number including behind the four. So now we’ll be saying “and” each time your head reaches the end of the backwards position. For example one and two and three and four and. This is the Eight count!

The sixteen count is really where it all comes together. We’re basically just doubling the eight count into a sixteen count. This is the speed that most rappers flow in. It’s not to fast or to slow and is just overall a pretty comfortable speed for most people to rap in. For the sixteen count we’re going to keep the same double speed of our body movement so that the end of the forward position is landing on top of the four count. Since we’re going to be speaking at a much faster speed we’re going to change what we’re saying to put less strain on our mouths and make it easier to say.

The Buh’s should be landing at the end of the forward and at the end of the backward head movement and the the Duh’s should always be landing in between the forward and backward head movement. Any easy way to accomplish this is to start with saying the Buh’s first which will be going to the eight count we did previously. And then throw in the Duh’s in between the Buh’s which is going to add eight more counts which will total to an overall 16 count. This is the Sixteen count!

Now let’s bring this full circle to rapping and translate all the Buh Duh Buh Duh’s into actual lyrics. Since we’re doing the sixteen count we know that we’re using sixteen syllables which make up the sixteen 16th notes in one bar.  So all we need to do is come up with a combination of words that are easy to say quickly that add up to 16 syllables.

Now remember this is simply an exercise you can use to easily establish your rhythm and stay on beat while increasing your speed and momentum with the different counts.  Now you’re most likely not going to want to use one of these counts as your flow aka cadence unless you’re trying to rap a nursery rhyme or you want to sound like a robot which could be cool for some applications! So in the next article we’re going to start digging in much deeper into creating really cool sounding cadences while applying these techniques to ensure we are staying on beat.

Did you find this lesson helpful? Have a question or a comment? I’d love to hear from you so make sure you drop your 2 cents in the comments section below! 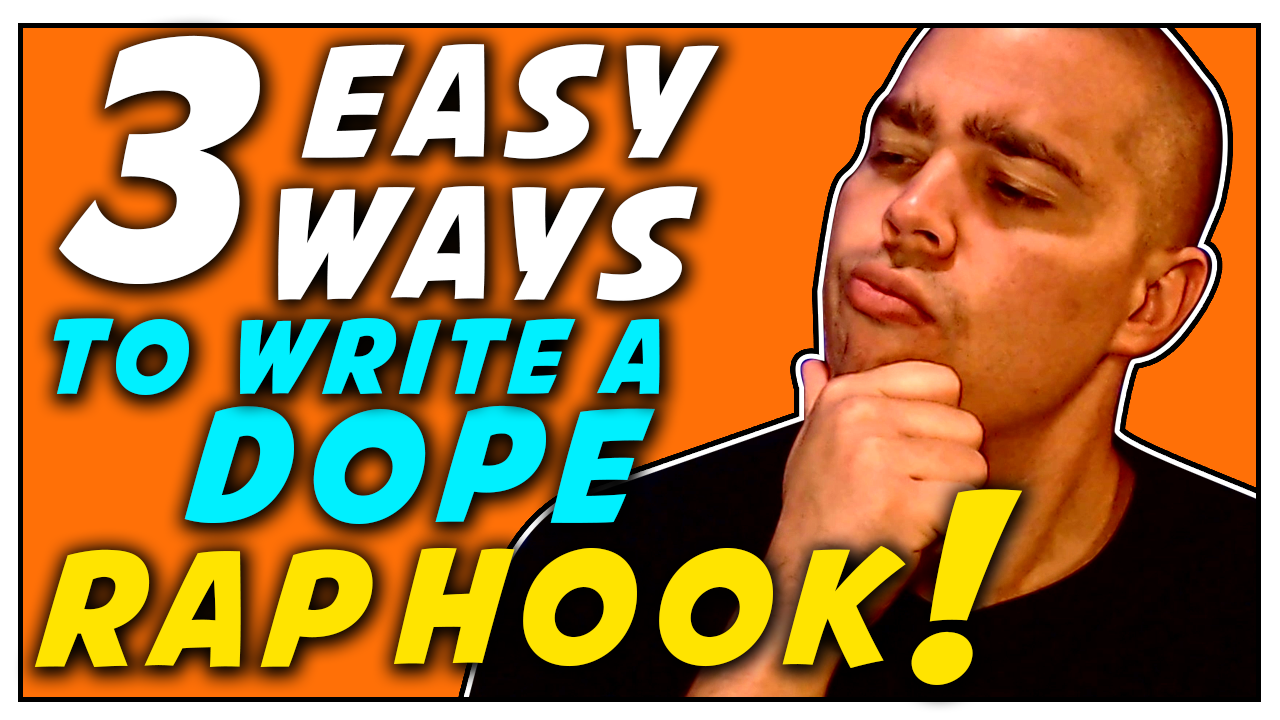 In this video, I’ll be discussing what is a rap hook and demonstrating how to write a rap song chorus. In doing so you will also learn how to make 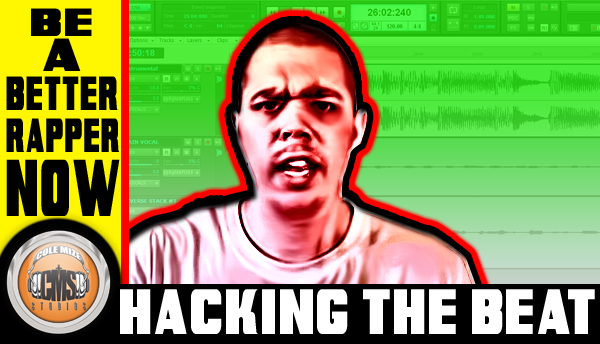 4 Quarters Make 1 Dollar Welcome to another edition of Be A Better Rapper Now! You may be wondering how to start rapping. One of the first things you need