How To Rap: Adding Character To Cadence

When you are learning how to rap one thing that will make you stand out from most of your colleagues is learning how to add character to your cadence. In my previous article “Cadence Explained” I broke down what cadence is along with a live demonstration of how I practice my cadences in the studio. Now, let’s go just a little deeper and discuss how you can add more character to your cadence.

I would like to submit to you a theory that in art, perfection is not the goal but is rather creating something that is unique & interesting that is presented in a creative way that touches the audience emotionally. For example, if a painter were to paint an exact replica of a picture he or she took with a camera, tho it may be an amazing accomplishment it’s still just a copy from the original. But if the painter were to give their own unique perspective of the picture by exaggerating colors, shifting the focal point, increasing shadows and lighting then what you end up with is something that’s imperfect but unique with a lot of character!

Houston We Have A Problem

This same theory carries over into music as well. When music first made its way into the digital age we realized very quickly that something was wrong…something was missing. The audio sounded way to clean and lacked “warmth” and “grit”. The computer programmed drum loops sounded too perfect in time and seemed robotic. The issue we found was everything sounded too perfect and consequently, it lacked the character that live music and analog recording gear gave us. And ever since then we have intentionally used techniques to give our digital music back it’s analog character.

So please remember when you are formulating your cadences to not overthink it. It’s perfectly fine if you are not saying words directly on top of the kick or snare drums at times as long as your cadence has a structure to it and sounds cool. In the music world, this is called “swing”. I demonstrated this in a past video where I show you 3 different ways to catch the beat. Think of a swing that is still as being perfectly in time on the beat but once you push it just a little bit it starts to swing back and forth. Now it’s moving outside of its initial center position “offbeat” from front to back but is still having to pass through that same center point “on beat” to get from point A to point B. So even though it’s swinging slightly offbeat it is also remaining on beat as well.

I hope I didn’t warp your mind with my swing analogy but the bottom line is not being perfect actually adds more character to art when it’s done in an intentional, interesting, and creative way. I hope that you found this article helpful. I would love to hear from you so please let me know how I did by dropping your questions and comments in the section below. 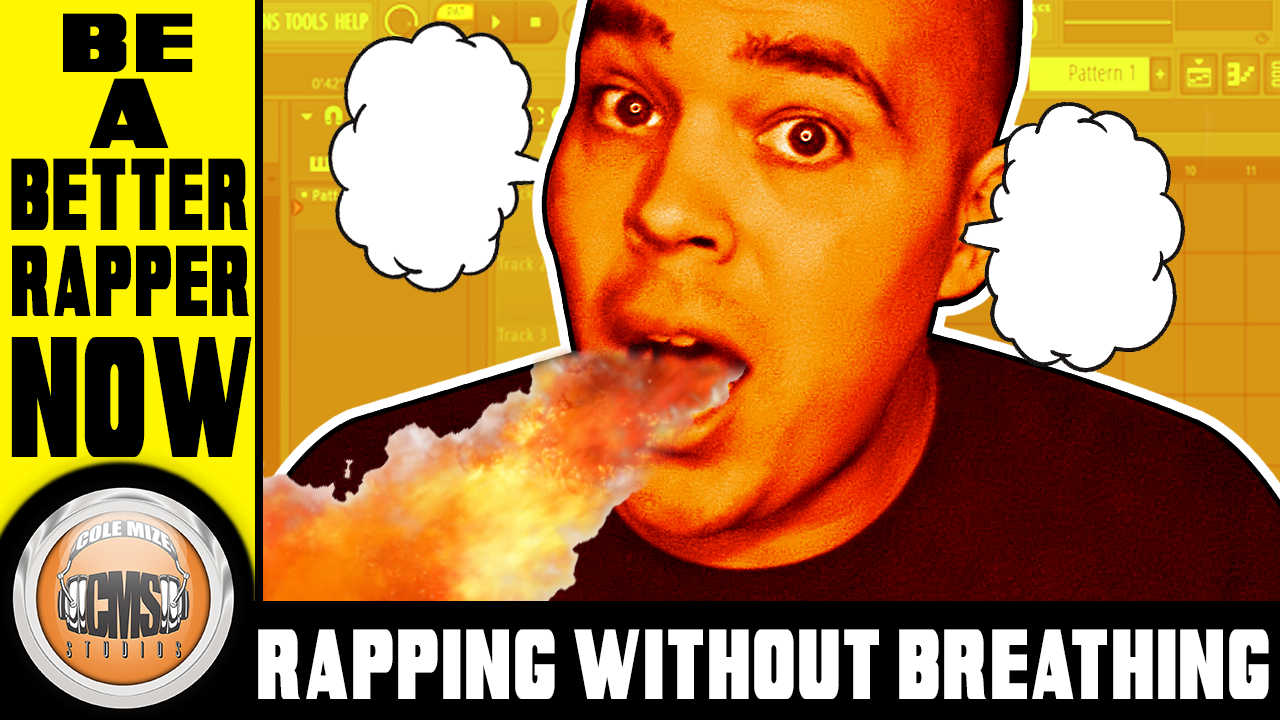 Have you ever noticed that some rappers are able to rap an entire verse without breathing? But when you rap their same verse you can’t even get away half way

Once I got decent at rapping I still couldn’t write a good rap hook to save my life! Writing hooks for my rap songs was something I struggled with for