Today I’m going to be breaking down the rap flow of a song entitled “Cigarette Break” which is featured on a new album called “While You Were Sleeping” by Cal Scruby who is a very talented up-and-coming rapper from Ohio.

I hope this serves as a great teaching tool for up-and-coming rappers and if you’re already a fan of Cal then perhaps this may even cause you to have a deeper understanding and appreciation for the craftsmanship that goes into his songs.

So without further ado… LET’S GET IT!!

First off, in order to keep things copyright-friendly, I reproduced this entire song! If you like the instrumental I made, it’s called ‘Bounty Hunter’ and you can get your own copy via my beat store.

Also if you haven’t already Cal Scruby’s song “Cigarette Break” I highly recommend you give it a listen and please show Cal some love by leaving him a comment, I’m sure he would appreciate it!

Cal’s flow in the hook has a nice balance of aggression and calmness. His overall flow is primarily made up of a 2 bar cadence pattern which repeats a total of 4 times which fully occupies all 8 bars of the hook.

While there are slight variations during these 2 bar patterns throughout the hook, there are plenty of anchor points holding it all together so that it never sounds random. This allows the listener to not feel overwhelmed and makes the hook catchy and easy to follow.

One of these anchor points occurs every other bar during bars 1,3,5, and 7 where beats 1 and 2 are filled in with 16th notes with the exception of bar 7 which uses an 8th note on the 1st beat due to “see” needing an 8th note to be stressed correctly.

Cal could have squeezed another syllable in here like all the other bars but it likely wouldn’t sound as good due to “see” having to be rushed to make room for the other syllable.

Another anchor point that occurs on these bars happens on beat 3 which is filled in with 8th notes and beat 4 is filled in with pauses. The only exception is on bar 3 beat 4 where the word “there’s” is placed at the very end of the bar which begins his next phrase that continues over into the following bar 4.

This was likely done in order to make what Cal is saying sound more natural as opposed to trying to chase his cadence pattern 100%. This goes to show you that even during your anchor points you can still have slight variations and it will still sound close enough to the other anchor points to be perceived as the same pattern.

The third anchor point occurs every other bar on bars 2,4,6 and 8 where he fills in the 4th beat with 8th notes.

The 4th anchor point is on bars 2 and 4 on beat 1 which is filled in with 8th notes.

The run over into bar 2 adds a nice dynamic to his cadence pattern during this first quarter.

Bar 1 is pretty dense and aggressive since it’s filled in primarily with 16th notes.

However, Bar 2 feels less aggressive since there are more 8th notes and he pauses before and after this line.

Bars 3 and 4 feel more aggressive since there is no pause between these two bars and more 16th notes are being used.

There’s a good bit of movement in Cal’s rap flow just within these 4 bars. He starts off aggressive, lets things calm down a bit and then he builds back up his intensity leading into the 4th bar.

His anchor point is on beats 3 and 4 of all 4 bars with an exception on beat 3 of bar two.

This entire 2nd quarter is pretty much identical with the only exception being on the longer pause on bar 5. This long pause gave Cal’s rap flow some nice movement since he just finished creating a build leading into bar 4.

There’s also a slight variation on beat 2 of bars 11 and 12. Again there’s only a one-note difference from the previous anchor point so it still sounds close enough to where you might not even notice the difference.

However one of the biggest changes happening in this quarter is the constant build that’s taking place on the 1st beat. Notice how the pause keeps getting reduced more and more leading up to the 12th bar.  This gives his rap flow a nice sense of movement and dynamics. Without this, his rap flow would sound too repetitive because there really wasn’t any type of movement in his flow during Q2.

This is actually really dope because it shows that Cal is playing around with different ways to create movement with his rap flow. He created movement within the 1st quarter (4 bars) of this verse and now he’s using 2 quarters (8 bars) to create a longer build.

During the final quarter of verse 1, Cal keeps the same general pattern going that he’s been using since bar 5 on bars 13 and 14. However, he changes things up a bit for bars 15 and 16.

He still uses two 8th notes for beat 4 of bar 15 but since it’s not a part of the existing rhyme scheme and the rest of the cadence pattern has changed so much it doesn’t feel the same.

You could say that the two 16th notes and 8th note of beat 1 & 2 of bars 15 and 16 are serving as an anchor point, but since there isn’t a rhyme attached to them it doesn’t feel as much like an anchor point.

To me, Cal’s cadences on bars 15 and 16 serve more as a solo piece and the main anchor point here is his rhyme schemes. More on that in part two of this video series. I also enjoyed how Cal ended his verse early on beat 3 of bar 16 which created a nice pause that served as a drop to create contrast for once the hook comes in.

This 1st quarter is pretty dense with there only being a short breath on the 1st beat of bar 1. However, Cal still creates a build in energy by filling in bars 3 and 4 with more 16th notes than bars 1 and 2

The anchor point for this quarter is on the 3rd and 4th beat with slight exceptions on beat 4 of bar 2 and beat 3 of bar 3.

After delivering such a dense 1st quarter which ended pretty aggressively, Cal shifted the energy by introducing pauses on the 1st beat of bars 5 and 6. Cal then builds his energy back up by filling in 1st beat more on bars 7 and 8.

Cal broke his cadence and rhyme scheme pattern on bar 7 but still made it sound good because he placed his rhyme just one more beat over on beat 1 of bar 8 and then he reestablished his anchor point on beat 2.

He likely chose this compromise because he was setting up a really good punchline and didn’t want to allow his cadence pattern to dictate what he could say. Also, he was beginning to fill in the 1st beat more to build up momentum.

Also, notice that this is the second time that he has broken his rhyme and cadence pattern (the first time it happened at the end of the first verse), and both times that happened on the 3rd bar of a 4 bar section.

His main anchor point is on the 3rd and 4th beat with the exception of bar 7 for the reasons I already spoke about. There’s also another anchor point he created for beat 2 of bars 6 and 8.

Once again, Cal begins this quarter by adding pauses at the beginning of his bars and he gradually fills them in more up until the 12th bar.

In regards to his anchor points, he begins bar 9 with a similar pattern as bar 8 beginning on the 2nd half of beat 2 to the end of the bar. The anchor points for bars 10-12 also take place in the same space and are primarily made up of 8th notes.

Cal creates a similar type of build as before but even more so because of how much space he creates by pausing for the first 2 beats and comes right after the 3rd beat on bar 13. Also the instrumental drops off adding even more of a low point setting up a nice build going into the hook.

Cal’s anchor point is on the 3rd and 4th beat and is primarily made up of 16th notes followed by an 8th note with the exception of beat 3 of bar 15.

Try to create some type of movement with your rap flow every 4 bars. Sometimes creating a build for 8 bars can sound dope as well.

A couple of ways to create movement are…

BREAK ON THE 3RD

If you wish to break your anchor point do it on the 3rd bar of your quarter. 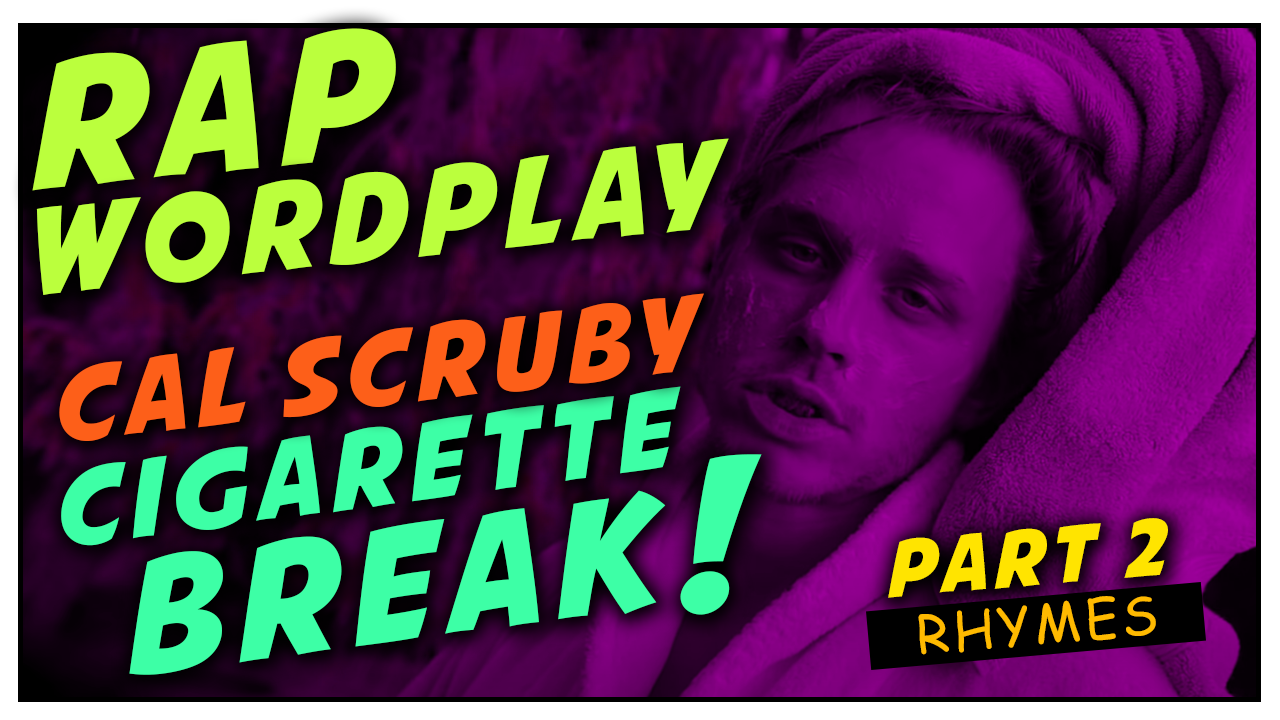 In this video, I’m discussing Rap Wordplay with an in-depth Rap Rhyme Schemes Analysis of Cal Scruby lyrics from his song Cigarette Break to demonstrate how to rhyme syllables like 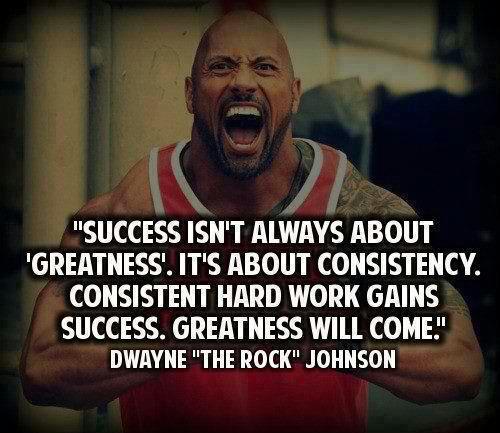 As you may already know I have recently started using this blog to teach people how to rap. I am constantly trying to improve my craft and one thing I