In this video, I’m discussing Rap Wordplay with an in-depth Rap Rhyme Schemes Analysis of Cal Scruby lyrics from his song Cigarette Break to demonstrate how to rhyme syllables like a boss!

I’ll be revealing all of the advanced rhyming techniques that Cal Scruby and If you apply these techniques correctly you can take your Rhyming Skills to new heights which will make your raps sound so much more pleasing and catchy to the listener!

This is Part 2 of my How To Rap Like Cal Scruby series. In part one I broke down his rap flow which you can check out here.

I also reproduced the instrumental and put my own twist to it. If you like this instrumental, it’s called “Bounty Hunter” and is available on my beat store.

Also be sure to check out the official version of this song on Cal Scruby’s Youtube page, and be sure to show him some love by dropping him a comment!

And also during this lesson,I refer to an article I wrote called “Rhyming Words Like A Boss” which goes in deep about different types of rhymes you can write.

Cal has an interesting rhyme scheme pattern where he rhymes on the 3rd beat for one bar and then the 4th beat for the following bar. While this serves as his main rhyme scheme for the hook it’s certainly not the only rhyming that he’s doing with his rap wordplay.

Cal also uses a lot of “uh” sounds throughout the hook which makes it sound more catchy.

Cal fills in the 1st bar of the hook with 3 “i” sounds and also uses “i” sounds between the 1st and 2nd beats throughout the hook.

Cal is also rhyming a lot by using just a single sound from many words. These are called Slant Rhymes. And there are different names for different types of Slant Rhymes such as alliteration, para rhymes, half-rhymes, consonance, and assonance. If you wish to learn more about them check out my article called Rhyming Words Like A Boss https://colemizestudios.com/rhyming-words-like-a-boss/

There are many Slant Rhymes using “S” sounds being used in the hook. These “S” sounds are also produced by words that don’t have an “S” in them such as “Ex” on bar 3 and “Cigarette” on bar 8.

There’s even more “S” sounds being used than I notated but I only highlighted the ones that have a significant stress which really pops out at you.

This is a very effective and subtle way to rhyme. As you can see, rhyming whole words or multi-syllables isn’t the only way we rhyme. We can also use Slant Rhymes by just using a single sound across many various types of words.

As you can see there’s a lot more rap wordplay going on during the hook than you may have realized which really makes it pleasant to listen to! And this certainly rings true for the verses as well.

1. Number of Syllables: When you have a rhyme scheme going you don’t always have to keep rhyming with the same exact amount of syllables in order for your rhyme to still sound good.

2. Placement of Rhymes: You don’t always have to place your rhymes on the same beat in order for them to sound good. Play around with placing your rhymes one beat apart from each other.

3. Breaking Rhyme Schemes: If you want to break a rhyme scheme, try doing it on the 3rd beat of a quarter (4-bar section). Also consider creating an internal rhyme after breaking it to give the listener some more ear candy.

4. Diversify Your Rhymes: Use different types of Rhymes In addition to creating End Rhyme schemes around your 3rd or 4th beat, also use Internal Rhymes and Slant Rhymes to take your rhyming to another level! 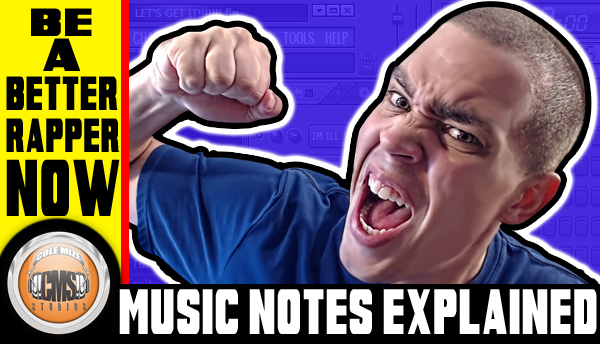 When you’re first learning how to rap and you’re focusing on improving your flow you may get confused once you learn about music notes such as 1/4 notes, 8th notes 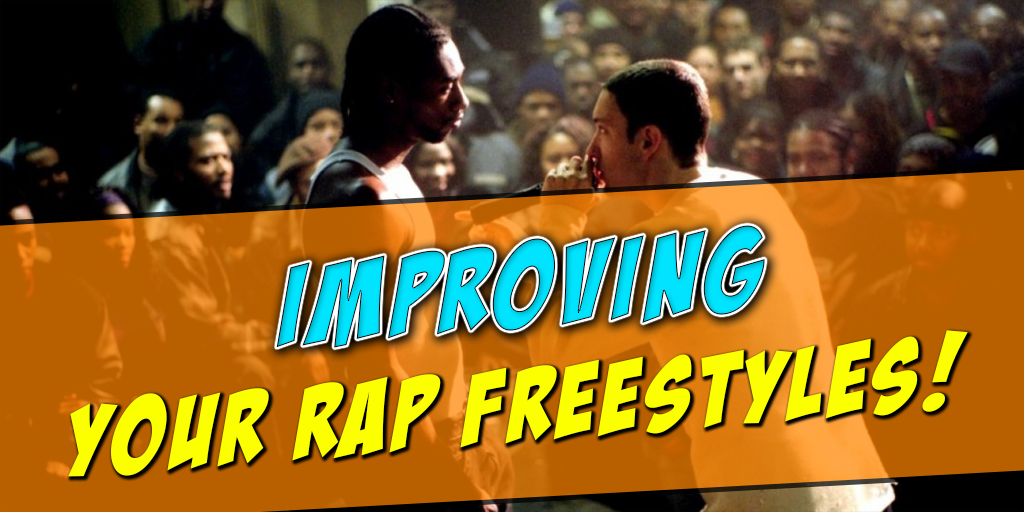 Today I’d like to share with you a very practical way of not only improving your rap freestyles but your songwriting as well using something called Rhyme lists. As the