In this video, I’m going to show you how to rap more clearly by improving your rap pronunciation. You can use all of these vocal performance tips today to improve your rap delivery.

Okay, to get started let’s get two things straight

#1 Every syllable you rap is a rhythmic music note. The most common rhythmic notes rappers use are 8th notes, 16th notes, and 32nd notes.

If you don’t know what rhythmic music notes are, be sure to check out my video on how to create catchy rap melodies which explains the difference between melodic and rhythmic notes.

THE TWO TYPES OF SYLLABLES

Stressed Syllables take up more space in a bar because they have to be held or sustained longer to clearly pronounce the sound they make.

And Unstressed Syllables take up less space because they don’t have to be held or sustained as long to clearly pronounce the sound they make.

HOW TO DETERMINE WHICH SYLLABLE IS STRESSED

If you’re struggling to determine which syllable of a word is stressed just look the word up using a dictionary and the stress is usually represented by bold letters.

For example. The word “Present” is a verb and means “To bring, offer or give”. This is a 2 syllable word and the second syllable is the one that’s stressed. pri-ZENT

But if we simply change which syllable is stressed in this word we get a totally different word “PREZ-uhnt” which is a noun and means “a gift”. Or it can also be an adjective that means “existing or occurring now”.

THE LENGTH OF STRESSED SYLLABLES

Remember what I just said earlier about every syllable you rap being a rhythmic music note? Well typically your stressed syllables are 8th notes which take up half of a beat which is a lot of space in a bar!

If you don’t know what beats and bars are, be sure to check out my video lesson called “So you wanna rap? Start By Understanding Bars.

And this leads us to my first tip on how to rap more clearly by improving your rap pronunciation.

As rappers we have a bad habit of trying to cram too many syllables into our bars. If you’re finding it hard to rap all of your lyrics clearly it’s likely because you don’t have enough space for your stressed syllables.

Try to create more room in your bars without losing the meaning of your lyrics in one or a combination of both of these following techniques.

Reword your bar to say the same thing in fewer syllables

For example on Bar 1 of my lyrics instead of saying

Which frees up 3 syllables! Which is great because “verse, don’t, move and dudes” are each 8th notes and they needed some more room!

Oh yeah, the instrumental I’m using today is a beat I produced called “Bounty Hunter”. If you like it you can get it over on my beat store.

Now let’s check out how I reworded Bar 2.

In Bar 2 I removed “perhaps” which gave me more room for “Doo Doo” which are both 8th notes.

[BEFORE] (B) Due to having syllables with some screws loose

[AFTER] (B) Due to having syllables with screws loose

In Bar 3 I removed “some” which gave me more room for “Screws and loose” which are both 8th notes.

Another powerful way to create more space in a bar is by shaving off small pieces of words.

(B) it could be because ya lyrics sound like Doo Doo

DEMO (B) Due to having syllables with screws loose

If you want to learn even more ways that rappers create space within a bar be sure to check out my video tutorial called “How To Make Your Rap Lyrics Fit Instrumentals Better”.

Your lungs are your gas tank as a rapper and if you’re running close to empty the clarity of your words is going to suffer severely.

So the second way to rap more clearly is to take breaths often!

I recommend taking at least one breath every other bar. And these don’t have to be long deep breaths. These can be breaths that are so short and shallow you can’t even really hear them.

It’s also important that you notate where your breaths are located in your lyrics so you don’t forget them. I like to notate mine by placing a B for “breath” inside curly brackets like this. (B)

As you can see on today’s lyrics I took a breath at the beginning of bars 2-4.

(B) it could be because your lyrics sound like Doo Doo

(B) Due to having syllables with screws loose

(B) Lucky you I make these videos on YouTube

If you ever plan on rapping your lyrics in some type of live performance you certainly need to make sure you’re giving yourself plenty of air because once you factor in the adrenaline dump you get from performing along with your increased heart rate from moving around on stage you will be even more gassed out than usual!

If you wish to learn more advanced breathing techniques be sure to check out my video lesson called “The Top 5 Breathing Techniques For Rappers”.

#3 BUILD UP YOUR CONFIDENCE

The third key to rap more clearly is to build up your confidence!

If you haven’t really learned your lyrics yet then you’re going to be fumbling and slurring words like no tomorrow!

So take some time to practice your lyrics and memorize them if you have enough time.

It’s totally normal to be messing up during practice because each time you make a mistake you keep making incremental improvements which is how to get to the point where you’re rapping your verse perfectly!

I also recommend recording a rough draft of your verse on your phone or computer either during or after you finish writing your lyrics so that when you come back to it later you don’t forget how your rap flow was structured musically with all of your different cadences.

And I’m curious to know if you’ve struggled to rap more clearly, which one of today’s tips do you think is going to help you the most? Or if you don’t struggle with your rap pronunciation do you have any tips that I didn’t mention today that you would like to share with the community?

Please drop your 2 cents in the comments section below! 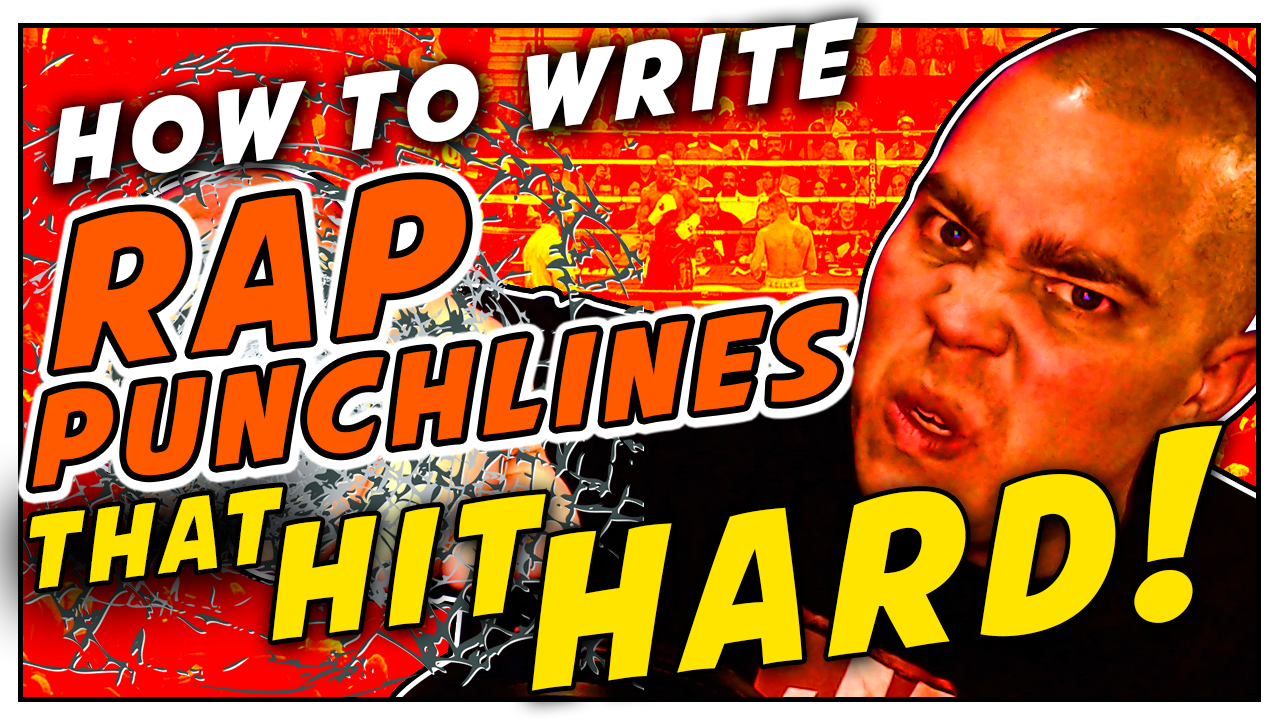 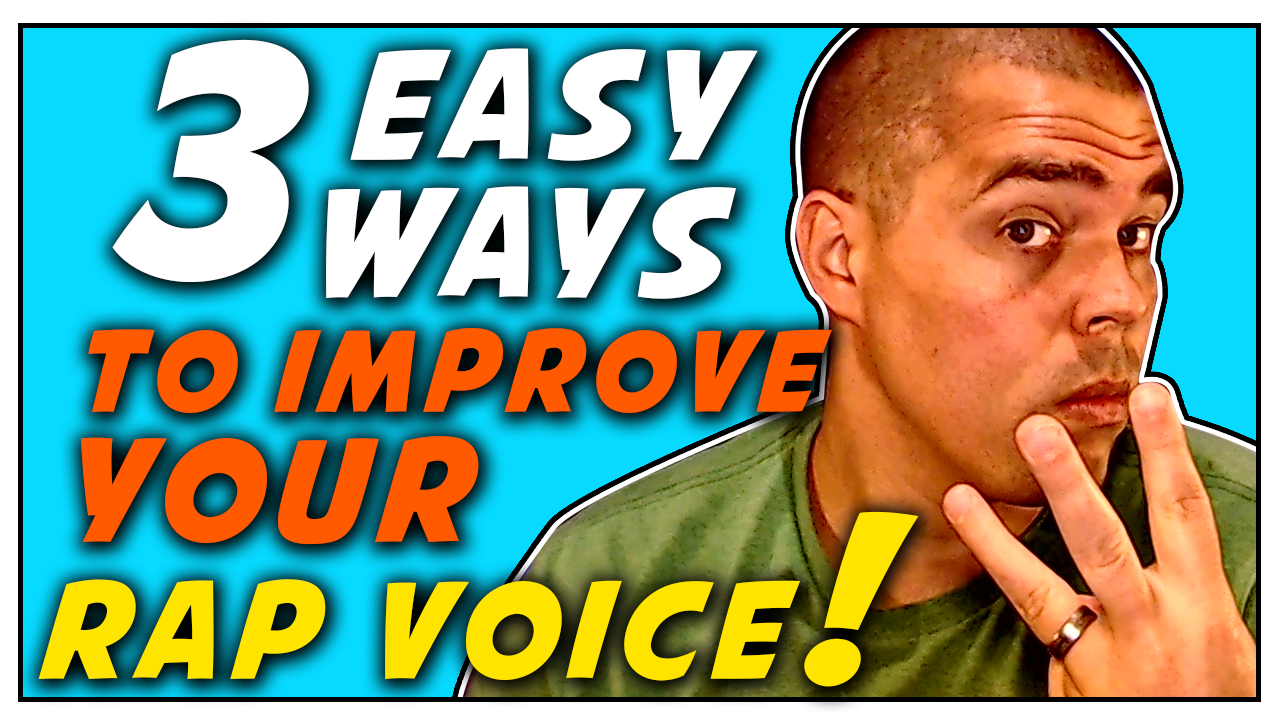