How To Rap On Beat Without Drums

Are you a rapper that struggles to rap over parts of the instrumental that doesn’t have drums? If so, stop beating yourself up about it because you’re not alone!  Today I’m going to be sharing with you 3 of my favorite techniques that I’ve used to help many of my students that I’ve coached privately throughout the years, overcome this very issue and I know if you apply these techniques, it’s going to help you too! So without further ado…. LET’S GET IT!!!

Before we dive in, In case you missed it, I just wanted to let you know that I created another video tutorial which goes with this one, called Advanced Rhythm Techniques For Rappers Part 1. So if you haven’t already be sure to watch that video as well!

FOCUS ON THE MELODY

When you’re first learning how to stay on beat it’s great to follow the snare drum which typically lands on the 2nd and 4th beat of each bar.

The Snare is typically easier to hear than the Kick drum which typically lands on the 1st and 3rd beat of each bar. This is because the kick drums sound consists mainly of lower frequencies which are harder to hear on smaller speakers such as cellphones and laptops.

While this is a great place to begin, don’t continue to rely solely on the snare drum to keep you on beat because drums are typically not always going to be present during the entire length of the instrumental.

wRAPPING YOUR HEAD AROUND THE MAIN PATTERN

Also, it’s helpful to identify how long the pattern is before it repeats. It will likely be either 1,2, or 4 bars in length. This will help you understand the pattern better so that you don’t have to keep guessing how long it is which will make it more predictable to you.

Another helpful way to strengthen your ear training during parts of an instrumental that don’t have drums is by using a metronome. This is very useful over Trap style instrumentals as there are often times 2-4 bar sections without drums either before or after the hook.

Even though my ears are very well trained, I’ve noticed that I do this a lot when I’m working on these sections of songs for my students that I coach. This allows me to dial in the timing of my cadences much faster when I’m working against the clock.

I covered how to do this in detail during my video tutorial 5 Reasons Why You Should Be Using A DAW To Write Your Songs.

If you’ve successfully aligned the instrumental to your DAW’s grid another very helpful and fun technique you can use to sharpen your ear training is to play a game I like to play with my students that I coach called “Guess That Beat”.

This is a powerful technique that really tests how well and quickly you’re able to wRap your head around the beats.

It’s common for people to hear the snares landing on the 2nd and 4th beat but they confuse which snare is landing on which beat because they’ve lost track of the beginning and ending points of the bar. So from the outside looking in, they’re nodding their head on beat, but in their mind, they’re totally confused.

You can do this by yourself within your DAW if you’ve aligned the instrumental to the grid correctly. In most DAW’s if you zoom into the grid enough it will show you the beats within each bar. Also make sure your DAW’s playback cursor is set to not return to the position where you began initially playing from. This way the cursor stops where you hit stop at so you know which beat you stopped on.

Are you a rapper that’s struggled to stay on beat during parts of an instrumental that doesn’t have drums? If so, which of these techniques are you most excited about trying out? Let me know in the comments section below! I hope this helps you Be A Better Rapper Now! 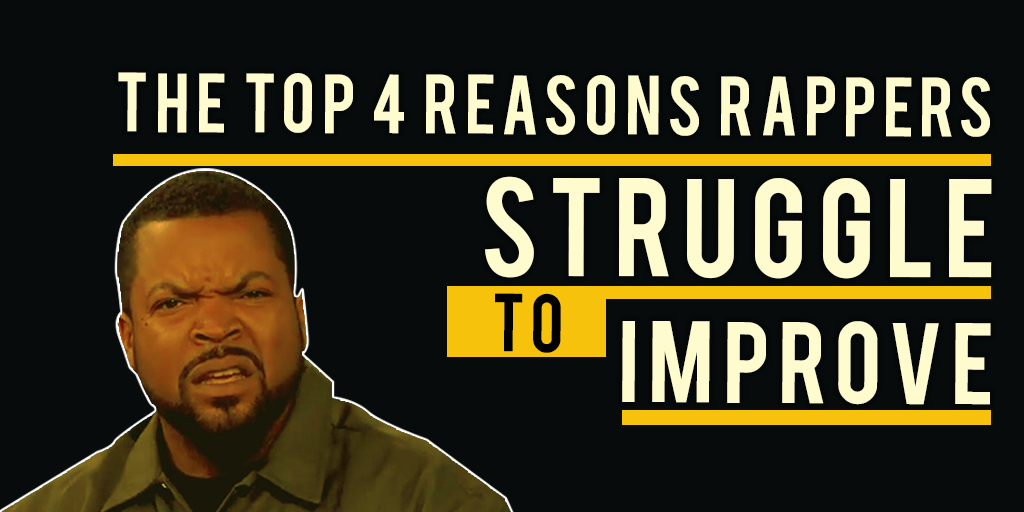 Over the past 4 years, I’ve had the opportunity to speak with thousands of struggling rappers and I’ve been honored to see so many people grow their skills very quickly!