How To Rap With More Emotion | What Is Rap Delivery?

In today’s video, I’m going to give you some practical tips on how to rap with more emotion. If you’ve been wondering what is rap delivery and how to improve upon it then you’re in the right place!

Today I’m going to be using an instrumental that I produced called Bounty Hunter to demonstrate how to improve your rap delivery. If you like this instrumental you can get it over at my beat store.

What Is Rap Delivery?

Your Rap Delivery is your ability to perform your lyrics in such a way that it moves the listener emotionally. Emotion is motion, it’s movement.

Even though you may have rapped your lyrics 100 times you must still rap it with the same level of enthusiasm that you had when you first wrote it.

And as rappers, we are entertainers which means we are in the emotion’s business. It’s our job to make people feel something. That’s why it’s usually a good idea to write about things that you really feel because If you don’t feel your lyrics then why should anyone else?

Rap Delivery is the acting part of rapping and it’s the 5th and final pillar of rapping.

If you wish to learn more about these 5 pillars, be sure to check out my video called “The 5 Pillars of Rapping | How Rapping Really Works.

When rappers are trying to rap with more emotion they typically will default to rapping with more energy or rapping louder which isn’t a bad thing as long as it sounds good. But remember this, more emotion doesn’t have to mean higher energy, just different energy.

Over the many years that I’ve been producing rappers, I’ve learned that you can also create so much emotion by rapping with less energy. Don’t forget there are different types of emotions/feelings.

Try this, get a little closer to your mic and reduce the projection of your voice as if you were talking to someone right in front of you. Also, make sure you lower the volume of the instrumental so that you can hear yourself clearly.

This will really open up your voice and allow much more bass to come through.

Another great way to rap with more emotion is to create delivery pattern schemes. You see when you’re hearing someone rap you’re hearing 3 different patterns stacked on top of each other at once which are usually turned into schemes meaning those patterns repeat for at least one more bar.

And when I say they’re repeated they don’t have to be 100% the same. There just needs to be enough in common for them to be perceived as the same pattern to the listener.

I like to refer to these as anchor points.

When you hear someone rapping, one pattern you’re hearing is a cadence pattern which is a musical pattern consisting of a variety of rhythmic music notes such as 8th, 16th and 32nd notes that have been converted into lyrics.

The 2nd pattern and likely the most obvious pattern to most people is the rhyme pattern which in essence is just a phonic pattern or in other words, a pattern of sounds. In my lyrics I’m juggling two different rhyme schemes. Rap, Cap, and Back. And Motion & Open.

The 3rd pattern you’re hearing is a delivery pattern consisting of a variety of velocity levels and vocal tones. Pay attention to how I go up in tone and energy on the syllables “Rap” and “Mo” of bar 1, and I match that same energy and tone in the same place on bar 2 with “back” and “o”. I also come down significantly in tone and velocity on the very last syllable of each bar as well on “tion” and “pen”.

It’s these variations in tone and velocity that make your delivery feel alive as well as sound catchy to the listener.

So if you’re trying to rap with more emotion make sure you’re adding more variance in velocity and tone in your bars.

If you’re struggling to decide which syllables you should do this too, here are a few easy wins to get you going.

At the minimum try to raise your velocity and energy on the 2nd and 4th beat which are the snares and see how that sounds.

However, if you’re rapping over a trap style instrumental like the one I’m using today and the tempo is 100 bpm or above you’re likely following the double-time tempo of the instrumental which means there will likely only be one kick landing on the 1st beat and one snare landing on the 3rd beat per bar.

If you wish to understand this more deeply be sure to watch my video on double time and trap style instrumentals explained.

In the delivery pattern, I created for this lesson I decided to go up in tone and velocity on each snare which lands on the 3rd beat since this instrumental is in double time.

But you’ll notice that’s not the only place that I increased my velocity and tone of my delivery, I also did this on my rhymes as well!

If you’re trying to rap with more emotion try adding a little more energy to your rhymes because your rhymes are already a phonic pattern that you’ve created, so why not make it pop out a little more to the listener and show it off by making it a part of your delivery pattern as well?

Notice in my delivery pattern, in addition to “rap” and “back” which both rhyme and land on the 3rd beat, I’m also raising my energy on “Mo” and “O” which land in the same location after the 4th beat. And I also raise my energy on “cap” on the 2nd bar which is an internal rhyme.

When it comes to your delivery, you will likely aim to have many different tones and energy to match the emotion of the varying types of instrumentals you’ll be rapping over. What your saying will also influence how you choose to sound as well.

Let this video serve as a good jumping-off point to get you started. Play around with saying the same bar over and over again while shifting which syllables you are adding more velocity and tone to, and if you can, record them and compare your different takes against each other.

This is a great way to get more in tune with your voice and all the subtle tweaks you can make to your delivery so that you are rapping with more emotion, not just more energy. Because it’s these subtitles, these variances in velocity and tone that make your vocals really come alive and move the listener in a deep and profound way!

My name is Cole Mize with ColeMizeStudios.com where I strive to make you a better rapper now! If you’re wanting to perfect your rap skills make sure you get yourself a FREE copy of my eBook The #1 Fundamental To Rapping below👇 And always remember, when it comes to rapping, there’s no rules, there’s only techniques. Peace! 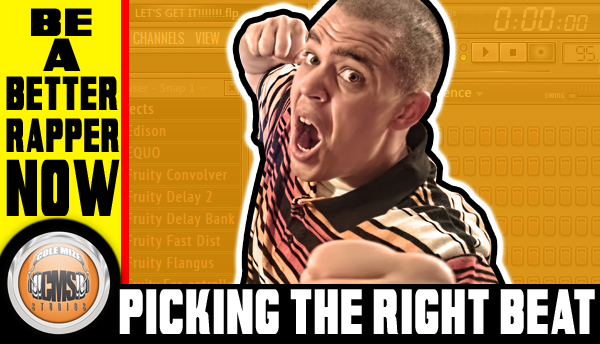 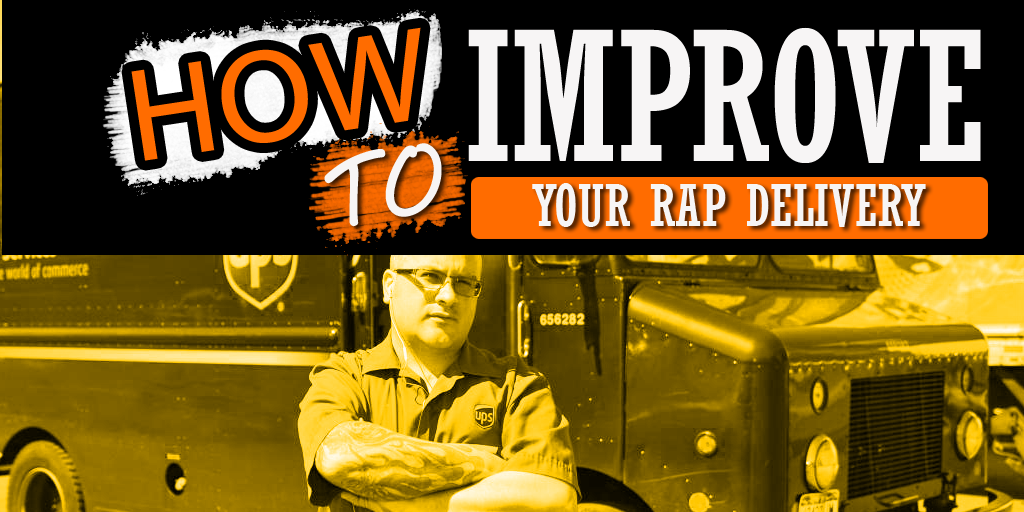 Oh the mysterious and elusive technique we know is rap delivery… what is it? why is it important? and how can you improve it? All of that will be covered within