What Does “It” Mean?

Rapping has never been more popular than it is today and with new aspiring rappers constantly emerging you may wonder how come most rappers
never make it? Well first, let’s establish what does “making it” really means to you? Maybe you think “making it” means getting a record deal or being famous. But honestly, neither of those equates to financial stability, and here’s why.

Anyone can sign you to a record deal. Basically, a record deal is an agreement between two parties on what they expect from each other. It’s very similar to the contracts you sign when you start a new job. The artist is like an employee and the record label is like the employer.

You can also think of the record label as banks that provide some of the worst kinds of loans to their employees. Most record labels will give you some money upfront known as an “advance” which is simply a loan that you have to pay back before you ever make one red cent from any passive income such as album sales, music placements, and streams.

Every expense the label incurs for its signed artist, the artist actually has to pay back. And very few artists ever fully pay the labels back so they’re always in debt to the label while awaiting the next advance. This is also where many record labels finesse the artists by billing themselves exorbitant amounts of money for things like studio time which the artist has to pay back.

For example in 2002 The popular rap group “Dirty” was signed to universal records but was dead broke and couldn’t even pay their monthly bills. The second most popular female rap group “TLC” sold over 65 million records worldwide but allegedly only brought home an estimated $15,000 a piece per year and eventually had to file for bankruptcy.

The main takeaway here is this, if you’re waiting for someone else to “put you on” you’re already in a losing position because you don’t have any leverage. You need to first “put yourself on” and build a real fanbase and then you will have more leverage to negotiate a better record deal if you decide to go that route.

And when I say a “real” fanbase I’m now talking crazy numbers either.

Now that we’ve dispelled the myth that making it means getting a record deal and being famous let’s establish what “making it” really means. Making it simply means that you’re doing something you love and are able to make a good enough living from it to support yourself and your family.

Now that we have that established, let’s get back to the main question at hand and discuss the top reasons that most rappers will never make it.

A lot of rappers think that if they can just rap really good then everything will magically fall into their lap. This causes them to be very prideful which gives them a false sense of entitlement. They feel like they are owed success because they are skilled. This is often the foreshadowing of bitterness once they realize things aren’t panning out like they thought they should. These type of rappers are often lazy because they feel like they don’t have to work hard in order to be successful.

The music industry is not a talent show, it’s a business. It doesn’t matter how dope your music is or how professional your music video looks if you’re not putting in the work to make sure everyone knows about it. There are about 60,000 songs released on Spotify every single day and very few of them ever get any significant views for this very reason.

If you are wanting to be a successful rapper you can’t only be an artist. You also need to be business-minded and financially literate “the ability to read and understand numbers”. You need to understand investing and R.O.I “Return On Investment” AKA profit which means you need to learn how to make your projects profitable so you can quit asking your producers, mixing engineers, and videographers for the struggling artist, homeboy hook-up prices which is causing them to lose money.

Think of other ways that you can monetize your craft such as creating merchandise, doing shows and guest appearances, charging for features, artists development and songwriting for other artists. Also, you can start trying to earn passive income by getting your music published in movies, video games, and commercials.

Many rappers are not willing to pay for quality work and rather jump at the cheapest prices for music production, mixing, album artwork, & music videos. Having a cheap product will convey to others that you don’t care and take pride in your music so why should anyone else? And if you can’t afford to pay someone else to do these things for you then maybe you should consider learning to do these things for yourself.

And many rappers develop what I like to refer to as the I can’t afford mindset. They say they would like to do things on a larger scale but just can’t afford it. This type of limiting thinking rules out any possibilities. Instead, a slight mental shift to “How can I afford” will show you possibilities you may have never seen or considered before.

Maybe instead of trying to do a whole album cheaply, you could focus on doing 1 or 2 songs with excellence and actually spend money promoting it so a lot of people can listen to it. Maybe you can sell stuff around the house, ask for money for Christmas and birthdays, cut your neighbor’s grass, stop buying everything brand new like video games and get them used. Stop eating out as much and learn to cook cheaper and healthier meals at home.

4. No Promotion or Marketing

If all you are thinking about is creating the product but are putting little to no effort thought, or investment on delivering the product to the market you are doing yourself, your potential fans, and everyone else involved with the project a huge disservice. Promotion and marketing should be something your thinking about and budgeting for before you start spending all of your money on creating your project. Sadly this is most often an afterthought if it’s a thought at all. Once all the budget has been spent on creating the project very few people will ever hear it leaving the rapper further in the hole financially with very little fan base growth.

I’m amazed to see rappers who want to be successful but don’t care about people. I will never understand why someone doesn’t care about the very people who could be potential supporters of their music. This mindset usually derives from pride as if fans are some type of underlings that are supposed to bow down and worship at their feet. These types of rappers will ignore your comments & e-mails.

And I’m not talking about the really famous rappers who are getting tens of thousands of comments on a single post, I can understand that not being possible. I’m talking about the ones who don’t have a large following and who are simply ignoring potential fans. People typically won’t care about you until they see that you sincerely care about them. Respect is earned when respect is given.

Some of the most insecure people mascarade their insecurities by being boastful which is how they get their needed supply to feed their insecurities. If you are offended when someone gives you advice or constructive criticism don’t take it personally. Even though being corrected can be uncomfortable it’s essential for your growth not just in your music career but in life in general.

Some rappers simply aren’t truly passionate about rapping. Once things don’t seem to be happening quickly they get burnt out and fade into the sunset. If you want to “make it” as a rapper then you need to truly love the craft. This means that you don’t have to be making money to be happy doing it. Truly loving this craft will give you the endurance to keep moving forward regardless of the circumstances and that’s how real results are obtained. Trees don’t grow 10 feet overnight but they do grow a little bit every single day.

Eminem, Dr. Dre and Jay-Z are still making music till this day and they clearly don’t need the money at this stage in their careers which reveals that their true motive for making music is much deeper than money.

The bottom line is this, talent can only take you so far. But having realistic goals with a strategy to achieve them coupled with a strong work ethic, good character, and the desire to always learn can open doors for you that skill alone can not. If you want to be successful in anything in life you can with the right amount of determination, knowledge, and execution.

I’m speaking from experience as someone who has turned my passion into a career. It hasn’t been easy, I’ve worked extremely hard to get where I’m at and I still have much more growing to do but I’m so grateful to do what I love for a living. When you’re living your life being your authentic self you no longer feel like you’re swimming against the current of life.

And I truly hope that every one of you gets to experience that same level of freedom and purpose in your lives because to me that’s the real definition of “making it”.

If you’re wanting to dig a little deeper into how you can grow your fanbase and start monetizing your music be sure to check out this awesome Quick Guide that I created that shares my favorite tips that I’ve used to gain millions of views and most importantly a real following which has allowed me to do what I love for a living. It’s only 25 pages long, no robots, no SPAM, no BS! Just straight-to-the-point practical advice on how you can legitimately start gaining the attention and support that your music deserves! Click here to check it out. 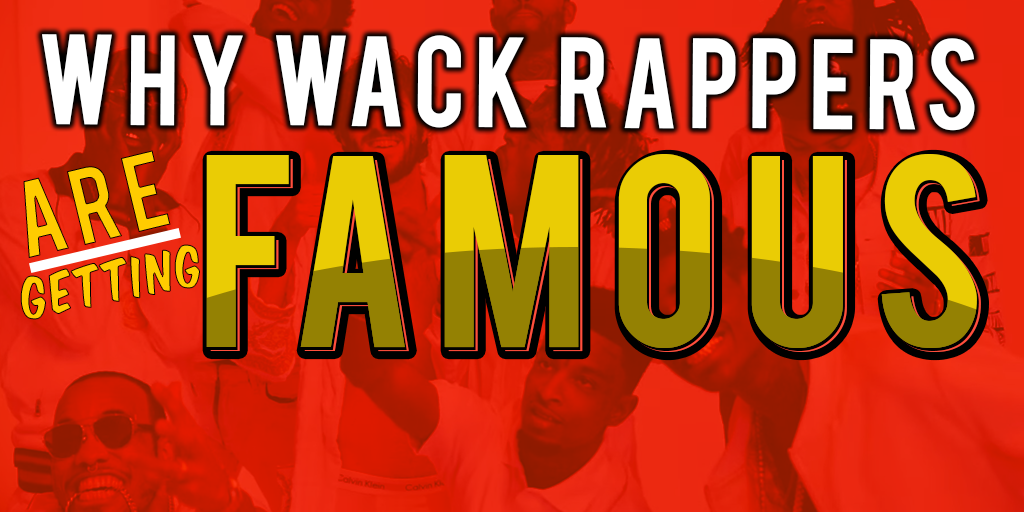 Let’s just be honest for a moment. Have you ever heard a garbage song on the radio and thought how the heck is this crap getting spins? And then as 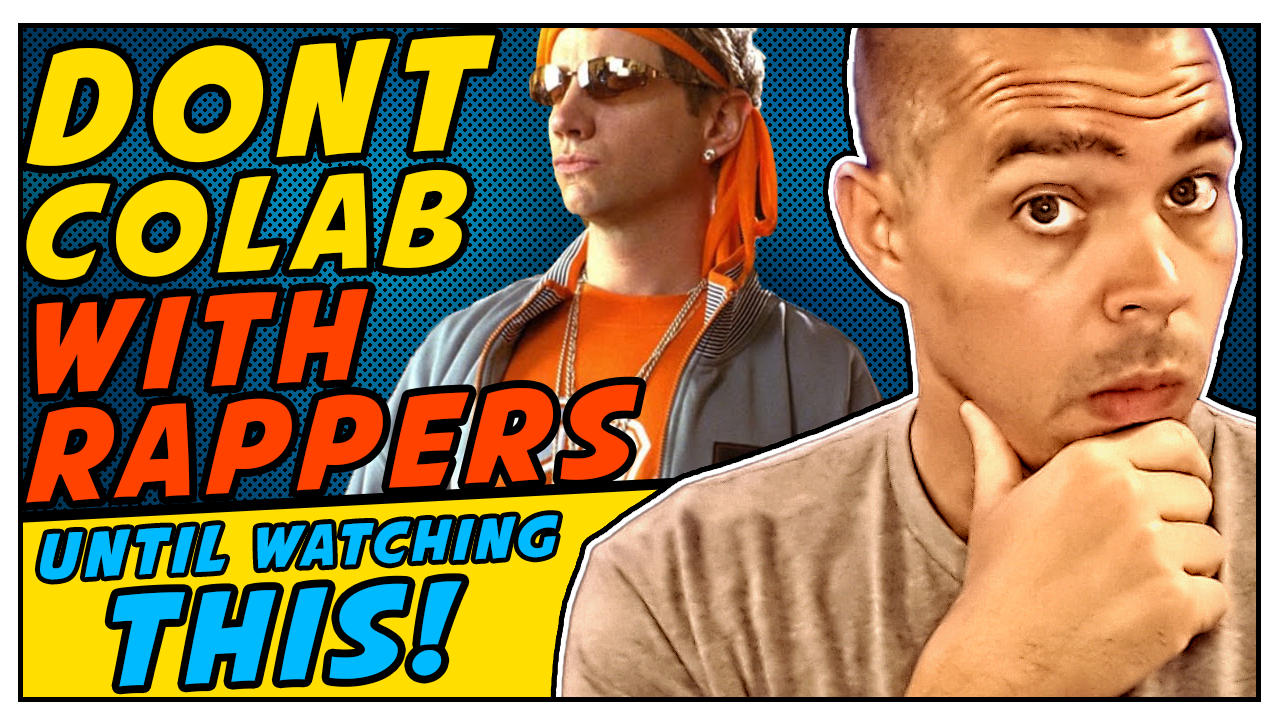