How To Rap: What Is Rapping?

Welcome to the first installment of a new series I just launched called “Be A Better Rapper Now!”. The purpose behind this series is to share tips & tricks on how to rap that I have gathered from my past 17 years of experience. I hope you will join me on this journey as I strive to share everything I know about rapping in hopes to help people just like you improve your craft and I hope to learn from you about your creative process and techniques as well.

Just to give you a brief history on my involvement with rapping I actually started rapping at a very early age, 11 years old to be exact. That was back in 1996 and I have been rapping ever since. During those 17 years I have picked up a lot of techniques and overall knowledge about rapping. This led to me winning 1st place among 60 other artists in a rap competition called “You’re Going To Jail Now” held by Z4L in 2013. And I have had people contacting me to give them advice on how they can improve their rap game ever sense.  So I thought instead of having a bunch of one offs with artists why not start working on creating content that teaches everyone how to rap better? I definitely don’t know everything and am not the but I do know a lot of information that I know will be helpful to people just like you.

Why Am I Doing This?

Rapping has become so popular! Once upon a time everyone wanted to be a basketball or baseball player. But in these current times it seems like almost everyone wants to be a rapper. So there is constantly new rappers that are just starting off and are in need of tips and techniques that will help them get on the fast track of learning how to rap. It is my hope that Be A Better Rapper Now is able to do just that for you. And this is not one sided, not only will you be learning from me but I will be learning from you as you leave comments on my videos and blogs about your techniques and work flow. Be A Better Rapper Now is an outlet that allows us to learn and encourage each other. No matter how long you have been doing something there is always room to grow. If you always keep the mindset of a student you will never stop growing in your craft and that applies to life in general.  So I hope this series can cultivate a community of people helping each other to be better rappers.

The History Of Rap

Enough of the setup up, lets jump right in and begin to cover the basics of how to rap and what rap actually is. Rap is actually a very old word. You can find the term popping up as early as the 15th and 16th century in Britain. Initially the word rap meant to strike or to hit.  A few centuries later a slight variation of this definition appeared which meant to speak or talk. In America around the 1960’s it began to pop up in the black community and was used as a slang word to mean that someone was talking or having a conversation. For example “What’s Josh & Kendrick over there rapping about?”. At that time the term rap had nothing to do with music. A few years later down the line the term seemed to carry over into Hip Hop. Traditionally you only heard people singing to music but when Hip Hop emerged with rhythm based lyrics people quickly realized that these artists were not singing. They sounded more like they were rapping. Rapping has become so prevalent in our modern day culture that we mainly think of rapping as expressing lyrics and poetry in a rhythmic format.

The 3 Main Elements of Rapping

The 3 main elements of rapping is rhythm, content & delivery. The reason I categorize rhythm and delivery separately is because for me personally before I even write to a beat I listen and study the beat very carefully because rapping is basically mimicking the percussive elements to the beat.

You can pretty much say that when you are rapping you are adding more percussive elements to the music. And when I am studying the beat I do something that I call “trying on the beat”. I do this to see how it fits me as an artist which gives me an idea of how much I can move around stylistically with my flow. During this process I am establishing a foundation that I can build the rest of my lyrics off of. When I am listening to the beat I am paying close attention to the kick drum, snare, and hi hat and asking myself how can I complim
ent them and play off of their rhythm and maybe even add to it. I will start to mumble gibberish to the beat as I play around with different ways that I can flow. Words may also come to me at this point and I will start writing them down to use as a reference when writing my lyrics. Once I come up with a few different rhythms that I like I will begin to move on to the next stage which is creating content based around the rhythm.

The next element is content. This is where your lyrics and theme of the song come into play. During this stage I allow the rhythm that I have previously

established guide me as I am writing to the track. So technically I’m actually writing in rhythm just like you would play drums but instead my drums are words. I let the rhythm I’ve created dictate how many syllables I use which plays a huge role in which words I decide to use in order to fit my words together smoothly. I try and let the beat speak to me by listening to it’s mood and emotion. If it is soft and mellow I might write about a song that’s deeper and intimate. Or the the song is more uptempo and crunk I might have a little more fun with it incorporating humor and more aggressive lyrics.

Delivery encompasses everything you have previously established up until this point. So your delivery will include your content which you wrote to the rhythms you came up with. Delivery has everything to do with your emotion and tone of your voice. This projects the feeling and attitude that you would like the listener to experience when they listen to you. Delivery is what makes the biggest impact on people when your in the studio recording, spittin bars on the streets, or performing live on stage in front of an audience. Thank of it as an actor reading a script. The script can only take you so far as an actor. If the actors emotions don’t seem genuine and their body language seems unnatural then their performance will not resonate with the viewer and will just come off as weak and amateur. You don’t have to wait until after writing your lyrics to work on your delivery. I recommend playing around with it while you are writing and establishing rhythms. But before you say that you are finished with your lyrics your final stage to be to ensure that your delivery is tight as spandex ya dig?

How Do You Eat An Elephant?

Those are the 3 main elements of rapping. You don’t have to do these step by step in order, in fact you can be working on all of them at the same time. But it’s important to distinguish what each element is to ensure that you are perfecting your rhymes. This is only scratching the surface as each element has several sub categories within them. So I will begin to break all of those down throughout this series. Just like the saying goes “How do you eat an elephant?…one piece at a time!” I hope that this article helped shed some light on how to rap better and gave you a better understanding of the history of rap and it’s core fundamentals. If you would like to stay informed on future posts of Be A Better Rapper Now you can sign up to my newsletter and I will send the articles directly to you. Upon joining the newsletter you will receive a free copy of my e book entitled “The #1 Fundamental To Rapping” where you can get a jump start on a lot of the material that I will be covering in the future. Thanks for tuning in and I am wishing you the best on your personal development as an artist. Sign up here 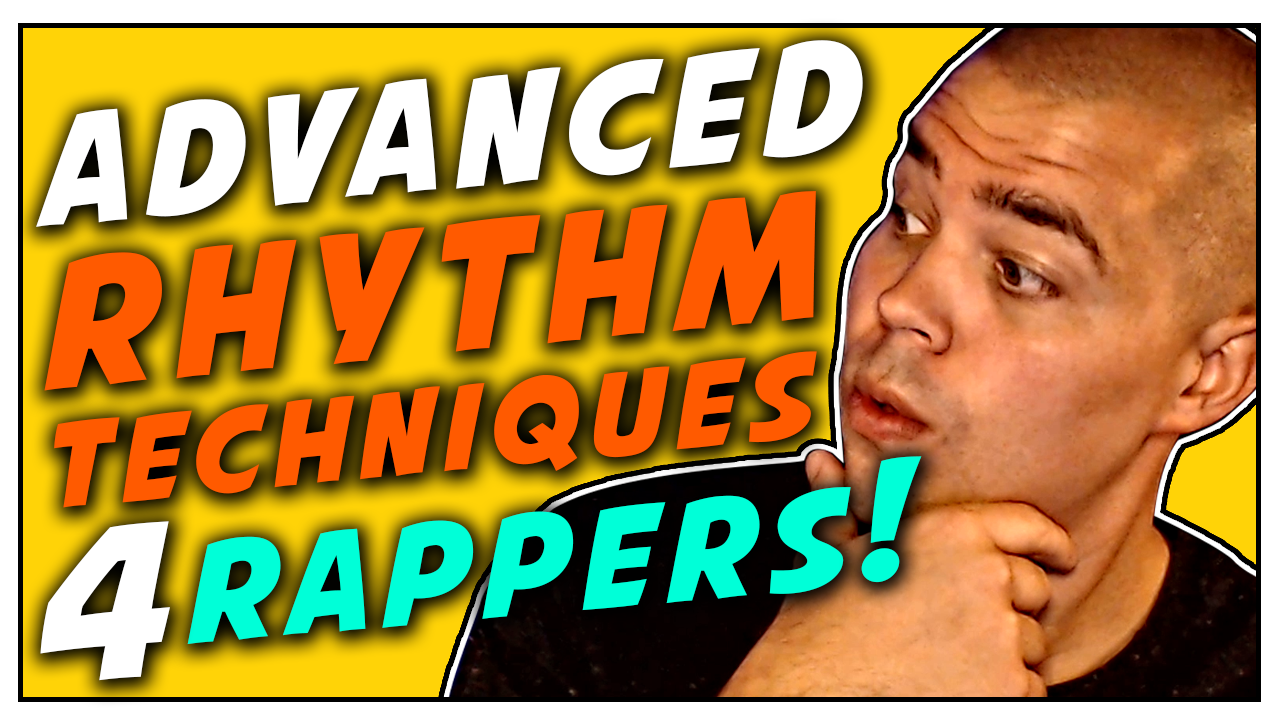 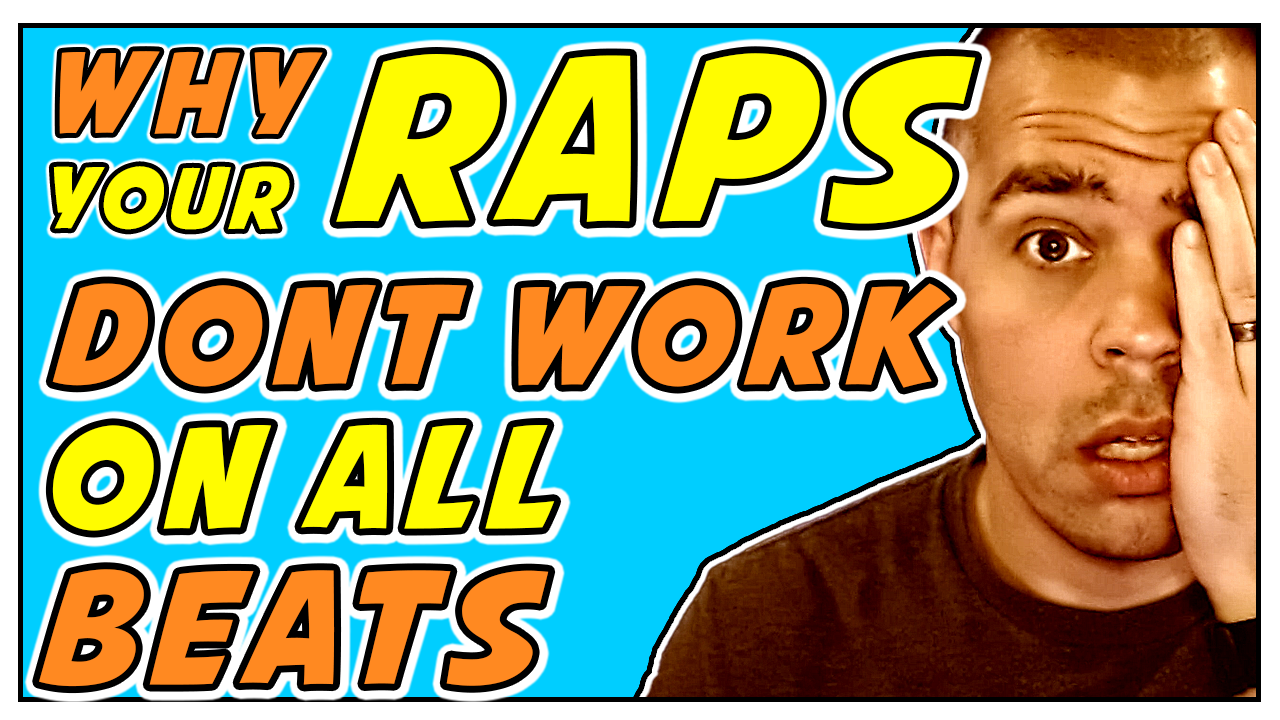 Today I’m going to be sharing some tips that will help you rap your lyrics successfully over many different instrumentals. I produced every instrumental in this video, so If you