At first glance, rhyming words may seem overwhelming and a seemingly mysterious gift that only the elite wordsmiths have been gifted with since birth. But the truth is rhyming isn’t so elusive once you start to break down the fundamentals of how they actually work. In this article, I’ll give you a detailed overview of all the different ways you can creatively begin rhyming words like a boss! Let’s jump right in!

When you break down what rhyming words actually is it’s simply the use of similar sounds in some type of pattern that has a relationship with one another. These rhyming patterns are pleasant to our ears and they also act as a very effective memorization technique. This is why learning songs with rhymes has become such a prevalent method of teaching children.

In fact, you can likely still remember many of the nursery rhymes you were taught as a kid far better than sentences from books you read during the same time. The take away here is that rhyming creates patterns and patterns are easily adsorbed and stored by our brains. Just ponder on how many songs or parts of songs you’ve memorized throughout your lifetime.

There are three main groups that rhymes can be categorized in which are (A) Rhyme Types “patterns of sounds”, (B) Rhyme Placements “patterns of the placement of sounds” and (C) Rhyme Schemes Let’s take an in-depth look at each of these.

Rhyme types simply identify the different methods that you can organize rhyming words together. The important thing to remember here is that Rhyme Types is all about the way words sound.

The first rhyme type we’ll look at is called Perfect Rhymes. Perfect Rhymes are categorized according to the number of syllables included in the rhyming words, which is determined by the location of the final stressed syllable. These categories include Single, Double & Triple Perfect Rhymes. Here are some examples.

Single: Single Perfect Rhymes are the easiest and most common out of the bunch. A Single is a rhyme that has the stress on the final syllable of the words such as (Bring, Sing, String, Fling) and (car, star, far, bar)

Double: Double Perfect Rhymes is slightly more difficult than singles. A Double is a rhyme that has the stress on the second from last syllable of the words such as (picky, tricky, sticky, mickey) and (borrow, sorrow, morrow, Zorro)

Triple: Triple Perfect Rhymes are the most difficult out of this bunch as you are trying to come up with three syllables that rhyme from one word to another. A Triple is a rhyme that has the stress on the third from last syllable of the words such as  (attitude, latitude, gratitude ) and (procrastination, destination, explanation)

Unlike Perfect Rhymes, General Rhymes provide much more leniency in how your rhyming words are structured. A General Rhyme can be classified under a variety of categories which are based upon the degree of similarity of the sounds that make up the rhyming words. Let’s take a look at each of these.

Syllabic: a rhyme where the last syllable of each word sounds the same but does not necessarily contain stressed vowels. (ringer, danger, logger, dodger) and (shaver, cleaver, silver, waver)

Imperfect (or near): a rhyme between a stressed and an unstressed syllable. For example (bling, staring), (four, contour) and (man, suntan)

weak (or unaccented): a rhyme between two sets of one or more unstressed syllables. For example (speaker, commentator), (encore, underscore) and (station, interrogation)

Semi-Rhyme: a rhyme with an extra syllable on one word. For example (flow, snowball), (door, boredom) and (glee rewrite)

Half Rhyme: A rhyme where the stressed syllables of ending consonants match, however the vowel sounds do not match. For example (moon, run), (hold, bald), (bridge, grudge) and (fake, clock)

Alliteration (or head rhyme): matching the consonants that are at the beginning of the words. For example (ship, short, Shine, Shank) (break, brown, bridge, brute) or (stuck, star, strange, stick).

identical rhymes are classified when not only the vowels but also the onsets of the rhyming syllables are identical. For example (gun, begun), (friend, befriend), (scribe, prescribe), (range, rearrange), (come, become), (start, restart) and (fair, affair).

You likely won’t use Eye Rhymes much but I figured they’re worth a mention. Eye Rhymes are words that look like they rhyme perfectly in written form but sound much different when spoken. These are usually due to the different ways we pronounce vowel sounds. For example (love, move,), (mower, tower) (cough, bough) and (car, war)

Mind Rhymes is another type of rhyme you likely won’t use much when rhyming words but it’s still interesting and worthy of a mention. Mind Rhymes occur when you play mental games with the audience by intentionally setting up a rhyme scheme that’s easy to predict but instead of finishing it as predicted you use another word instead that doesn’t rhyme or perhaps you leave it blank for the audience to fill in.

For example “Before I left my house I grabbed me some cash/ went to the convenient store to buy me some gum.” while you were reading “convenient store”; if you thought I was going to say “gas” to rhyme with “cash” then I successfully created a Mind Rhyme. Pretty cool huh?

Rhyme schemes are classified by the format and structure that you place your rhyming words within a verse. In essence, Rhyme Schemes are just different patterns of rhymes that you strategically place from one line to another so that they synchronize together. Creating Rhyme Schemes adds an element of predictability and structure so that your audience can more easily follow along. This also makes your lyrics easier to memorize and follow while keeping your audience captivated and entertained by the fine rhyme web you’ve woven. Now let’s take a look at some Rhymes Schemes!

Tail Rhyme (also known as end rhyme” is a rhyme where the final syllable(s) of at least two lines match. For example…

Just be yourself, spit your truth and just let it flow

I’m in a bind, I got the frame of mind to just unwind

also know as a Holorhyme is a form of an identical rhyme where the rhyme scheme is made up of two entire lines. These are probably the most difficult rhyme schemes to pull off. For Example..

also called Split rhyme, is a form of rhyme that is produced by dividing a word at the end of a line to make a rhyme with the end word of another line. For example..

As you can see there are limitless amounts of possibilities when it comes to rhyming words! The more words you know the better your rhymes will be, so feel free to create rhyme lists which will help you come up with rhymes quicker during songwriting and have some fun applying some of these rhyming techniques! 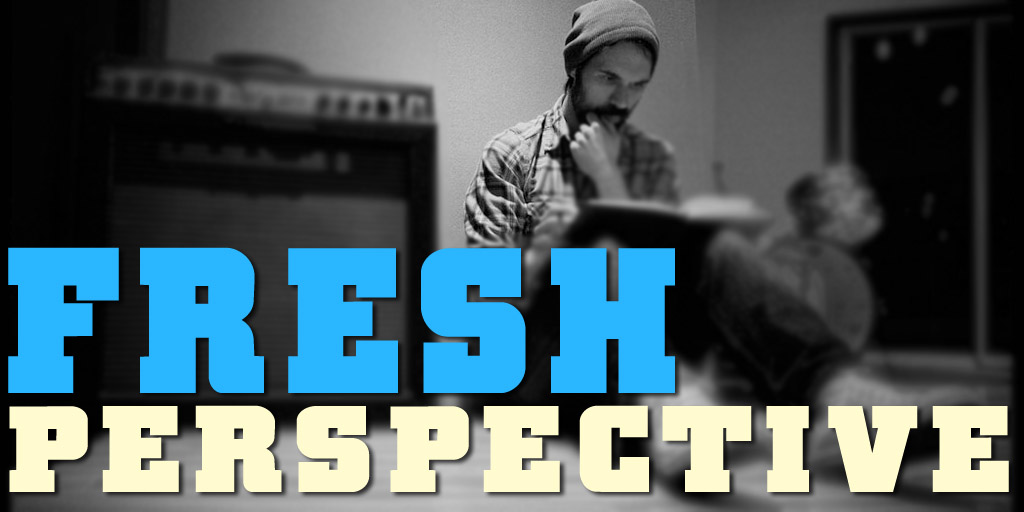 Have you ever began writing a song and everything seems to be coming together perfectly? Then after a few more hours of working on it you seem to no longer 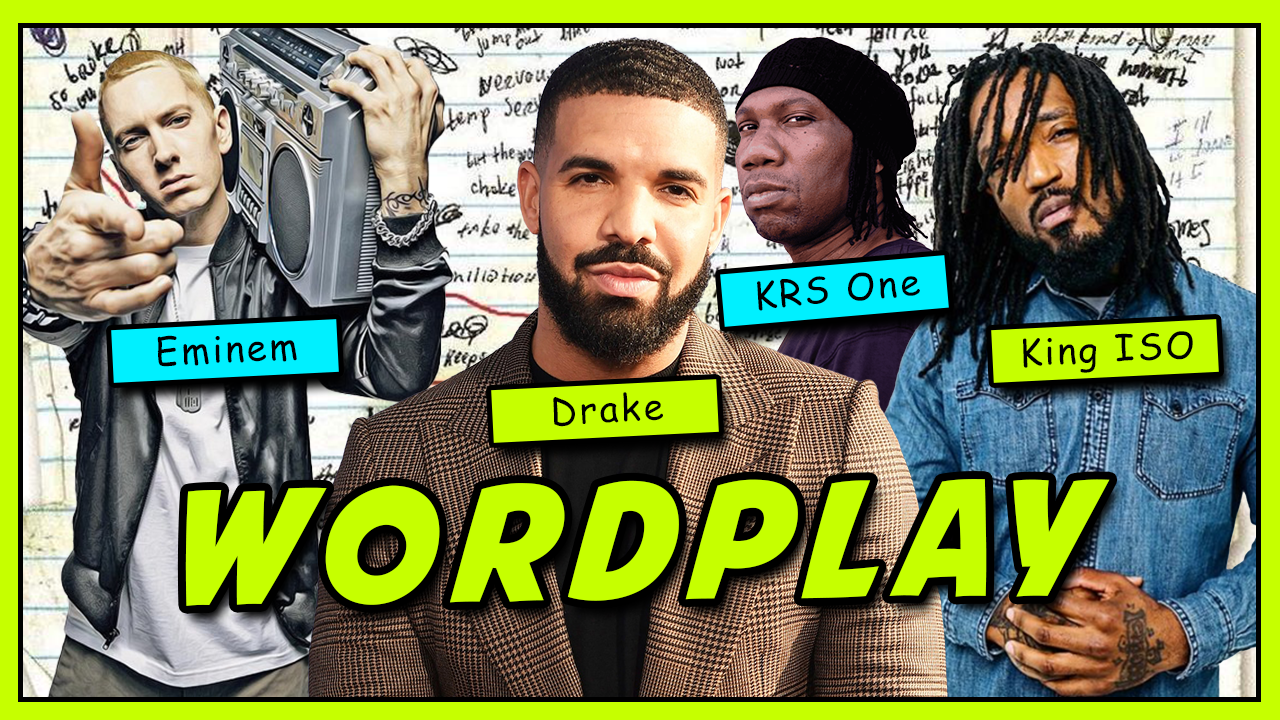 Today, I’m going to demonstrate some of the most common literary devices that rappers use all the time to impress their listeners with their wordplay. And I’m also going to