Today I’m going to be sharing the 5 most common mistakes new rappers make. For each of these mistakes, I’ll be providing solutions on how to fix them along with links to dedicated video tutorials that will dive in deeper.

The first mistake most beginner rappers make is they only focus on writing.

This is because writing lyrics and rhyming is typically what already makes sense to them.

But the problem is that writing is only 50% of what rapping is.

I’ve already created a FREE rap course right here on youtube to help you with this very issue called “5 Minutes To A Better Rap Flow”. Again links to everything I mention will be in the video description below.

Another common mistake I see new rappers making is they don’t structure their rap lyrics properly.

In other words, the way they write their lyrics down on paper doesn’t represent how their lyrics are musically structured. This makes it unnecessarily difficult for them to fix problems that arise while they’re writing such as tightening up poorly placed rhyme schemes. This also makes it difficult to rap their lyrics the same way every time.

I like to structure my lyrics so that whatever syllable is at the beginning of each line is what lands on the 1st beat. In other words, each line on my paper represents a bar. This also means that some words with multiple syllables will be split between two lines on my paper if that’s how they’re musically structured within my bars.

I also notate where my breaths are supposed to go by placing a (B) inside parentheses.

And I like to create a one-line gap every 4 bars to make it easier on my eyes to navigate through my verse.

Another common mistake new rappers make is when they’re writing a song they just write down the first cool line they can think of and then they let the rhymes dictate where the song goes.

What tends to happen is their song comes out sounding random and lacking any clear direction or they reveal too much in the 1st verse and the rest of the song just kind of drags because there’s nowhere else to.

I like to think of songwriting like driving a car. You typically don’t take off in a car unless you already know your destination.

Before you box yourself in from chasing a rhyme scheme or a cadence pattern, take a moment to brainstorm some ideas, and then create a storyboard off or your brainstorm. Songwriting isn’t just about writing lyrics, it’s about planning and execution.

It’s also a good move to knock out the hook before you write your verses because by doing so you gain a lot of momentum because hooks typically take up nearly half of a song and it will be easier for you to end your verses in a way that transitions into the hook smoothly.

To dive in deeper, check out my video tutorial on How To Begin Writing A Rap Song.

Another common mistake new rappers make is they will fail to record a rough draft of the verse or song they are working on before they finish their songwriting session for that day.

And what will happen is you will come back to work on that song or verse the next day or whenever and you’ll forget some of the timing of your rap flow and certain nuances of how you made your vocal tone sound on specific parts of the song.

This also applies if you come up with a cool melody, punchline, or rhyme scheme while you’re not actively working on a song.

Go ahead and record it on your phone, no matter how crappy it sounds at the moment, because you will likely lose those ideas if you don’t! And then when you resume working on it later you can quickly pick up where you left off.

Another common mistake new rappers make is they try to cram too many syllables into their bars. A few indications that you’re doing this is you notice you’re running out of breath or you find it difficult to enunciate all of your syllables clearly.

I’ve found 10-13 syllables per bar is a good number to shoot for on the high end if you want your bar to feel dense and aggressive but keep in mind every syllable isn’t the same length. For example, the word Go and the word Strike are both only one syllable but “Strike” is longer because it requires a little more time to enunciate it clearly.

Also it’s a good idea to give yourself a little room to breathe at least every other bar. And if you decide to go on a sprint where you don’t breathe for 4 bars, just make sure you give yourself plenty of time to breathe afterward so that you can easily recover.

If you wish to dig in deeper into this, be sure to watch my video called How To Rap More Clearly

And my video called my The 5 best breathing techniques for rappers.

And here’s a bonus tip. Another common mistake newer rappers make is they record their vocals too loud and they rap too loud which negatively impacts their delivery and the reasons for both of these stem from not turning down the instrumental before you record your vocals.

This is because many rappers are getting their instrumentals off the internet and the instrumental has already been mastered, or in other words, it is very VERY LOUD!

Before you start recording your vocals turn down the instrumental so that it’s peaking on the master fader around -15db  to -20 db. And adjust the mic gain on your audio interface so that your vocals are peaking around -15 db to -18db on the loudest parts on your master fader.

If you wish to dig deeper into this watch my video tutorial called Why your rap recordings sound like crap!

Which Mistake Have You Made?

Now I’m curious, have you ever made one of these mistakes before? If so, let me know which ones in the comments section below.

My name is Cole Mize with colemizestudios.com where I strive to make you a better rapper now. If you’re trying to perfect your rap skills make sure you get yourself a FREE copy of my eBook the #1 Fundamental To Rapping below 👇

And always remember, when it comes to rapping there’s no rules, there’s only techniques. Peace! 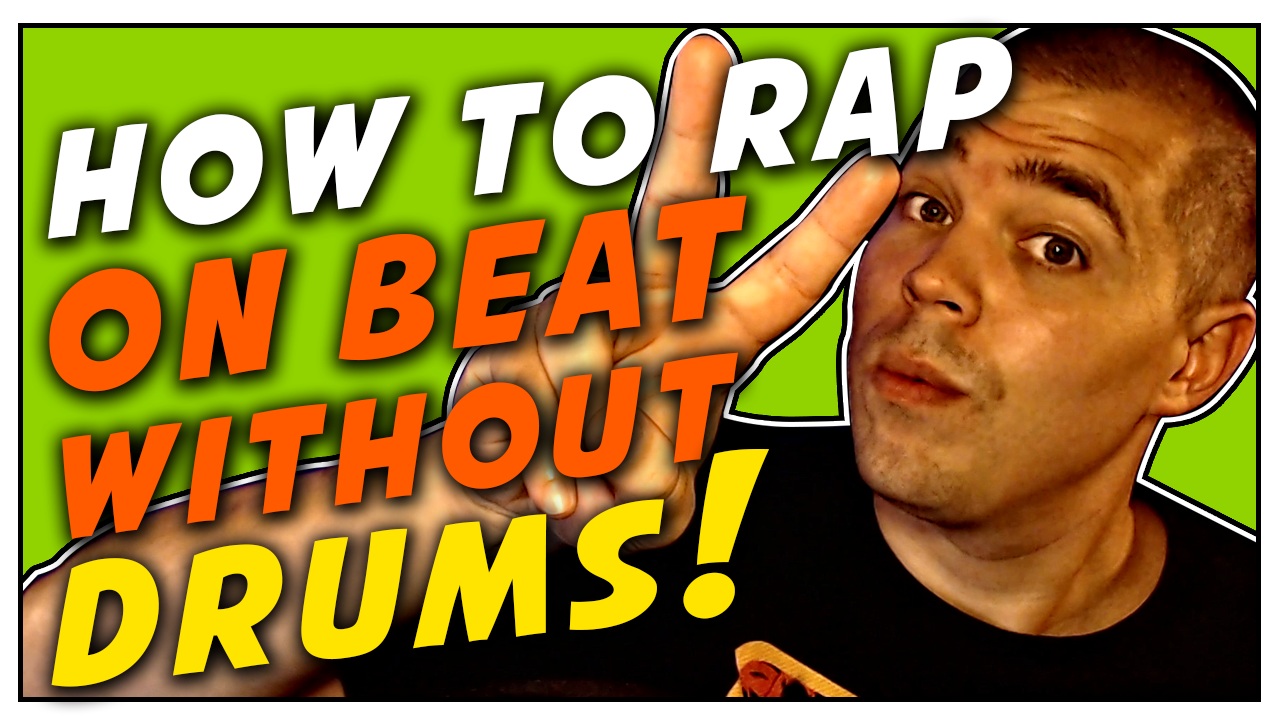 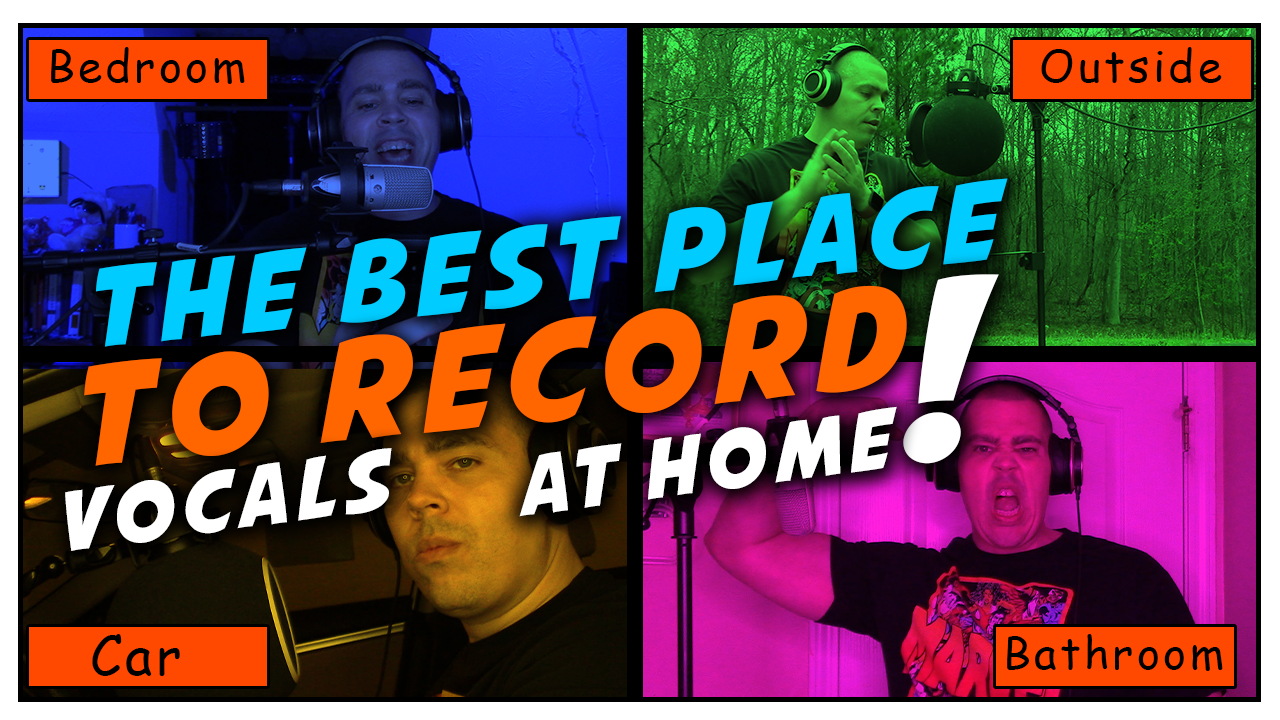 In this video, I’m going to show you the best place to record vocals at home. (and two of these places, most people have but don’t even realize it!) You