The Biggest Mistake I Made When I First Started Rapping

Have you ever heard the quote “hindsight is 20/20”? If not, basically it means that mistakes you made in your past due to a lack of experience and understanding are crystal clear to you now in the present moment.

What once was so confusing and mysterious is now so simple that you regard it as common sense.

I wish I could jump into a time machine and travel back 22 years when I first started rapping. Not just so I could play video games all day without the worries of paying bills, but mainly because I could save myself so much time and frustration with learning this whole “rap thing”.

You see back in 1996, there was no Youtube or Google. The internet had only been available to the public for a few years then. I didn’t even know any other kids that rapped. I was completely on my own when it came to learning how to rap and I had to figure it all out by myself.

And can I be honest with you about something? I wasn’t a quick learner. It took me 2-3 years to make basic improvements that I now am able to help my students make in a few weeks. That’s crazy!!

What’s funny is that I often think of my students as younger versions of myself. That’s why I’m genuinely so passionate about teaching. It’s my attempt to pass down information to up and coming rappers such as yourself so you can avoid many of the mistakes I made in the past.

So perhaps deep down inside on a psychological level, I am kind of time traveling after all. lol

My Only Piece Of Advice

But If I could really go back in time with the stipulation that I can only give my younger self one piece of rap advice this is exactly what I would say.

You’re not going to believe this but I’m the older version of you in the future. You know that “Back To The Future” movie? Well, it’s full of crap! It’s 2018 as I write this and there are still no flying cars! We’ve got hoverboards but they are not boards and they don’t hover. Oh! And Donald Trump is president!

I know you just started rapping and you’ve been struggling a lot! I’ve got some good news and bad news.

The bad news is that you suck at rapping.

You’re not aware of it yet because you’ve only shared your rhymes with Mom and Dad who are always going to support you in everything that you do and they love you too much to be critical of your hard work.

The good news is that you’re a really dope rapper in the future! You’re also going to help people all around the world perfect their rap skills as well. It’s really awesome!

But I’ve got one piece of advice that I’d like to share that’s going to help you out the most with improving your rap skills the quickest. You might not understand how critical this advice is at the moment but you gotta trust me on this one.

Cole, you’ve gotta quit only working on your raps in isolation. I know that you don’t know any other rappers yet but you need to get around people who are more skilled than you if you want to improve more quickly. You will learn from simply observing how they work which will make you realize a lot of the things that you could improve upon.

can give you. Their role is to support you but you also need input from someone who’s highly skilled at rapping.

If you don’t do this it’s going to take you 2-3 times as long to improve and you’re going to experience so much unnecessary frustration which you will avoid if you follow my instructions.

If you can’t find any rappers to work with that are more talented than you then you need to really become a student of your favorite rappers albums.

I know what you’re thinking; “I don’t want to bite other rappers style, I want to be original”.

News flash! You’re not as original as you think you are. The fact that you’re rapping isn’t original. Don’t you know that Hip-Hop has been around nearly 20 years before you even picked up the pad and pen?

Don’t you know that likely any words you rhyme together have already been done a multitude of times by others? And the same is true with the cadences that you use for your flow.

It would be wise to humble yourself and learn from people who have been doing it decades before you. I would share my video tutorials with you but yall can’t even watch videos on the internet yet. lol!

What I’m explaining to you now is a technique we use in the music industry called “referencing”. Everyone from, songwriters, producers, mixing and mastering engineers, as well as singers and rappers use this technique.

Referencing is a simple and extremely powerful technique. Basically, while you’re working on your songs, you use other rapper’s songs as an example to guide you. This will help you identify where your song needs improvement because you will notice what’s better about the song you’re referencing in comparison to your song that you’re working on. The goal is to get your song to sound as good or even better than the song you’re referencing.

Quick note. When you finally do meet some rappers they likely won’t admit that they’ve studied other rappers because a lot of rappers are equally competitive as they are insecure. They are afraid that if they help other rappers out then they are essentially empowering their own competition.

Without my help, you won’t learn this technique until about ten years from now. There’s this really dope rapper that’s about to hit the scene named Eminem and he’s one of the greatest rappers of all time. In the future, you will watch him receive an award and he explains why he can’t take all of the credit because he admits that he wouldn’t be as good as he is if he hadn’t had studied a lot of the great rappers that came before him.

That’s the moment you realized the importance of referencing! But you don’t need to wait 10 years to start using this technique, you can start now and it won’t cost you anything but time!

What Should You Reference?

Here are a few things to listen for:

Try to identify their song structure. How many verses and hooks are there? How long is each verse? How does the song begin and end?

Memorize their lyrics in small 4 bar chunks. You will also be learning their cadences at the same time. You don’t have to memorize their lyrics to learn their cadences because humans can memorize rhythms and melodies much easier than words. That’s why when you’re singing a song but forget the lyrics you can still mumble the cadence or melody. But memorizing lyrics helps with the next things you need to listen for.

Pay attention to their vocal delivery. Try to mimic their emotion and how they sound as if you’re doing a voice impersonation. You will learn a lot about the sweet spot of your voice as well as it’s limitations based on what you can’t do. You will also pick up on patterns that they create with their vocal tone. Music is all about patterns. Remember that!

You also need to pay attention to where they are breathing or pausing. When you’re memorizing their lyrics make notations of where they’re breathing at and you will likely notice breathing patterns.

Apart from rhymes are they using other literary devices such as punchlines? double entendre, puns, and imagery? I know you don’t know what some of those lines mean yet so make sure you do some research so you can identify them when you hear them.

Do they complete a thought within every bar or do they give themselves the luxury of more than one bar to get their point across?

Also, compare the quality of the instrumental to the one you’re using for your song. For many years you made the mistake of rapping over your own crappy beats you made which held back your songs from the beginning. But I know there’s no other way to get dope instrumentals legally right now. In the future, there are tons of dope producers on the internet leasing their beats for cheap. But you need to use references when you’re making beats as well so you can step up your production skills.

Why You Still May Ignore This

If you follow this advice, you will learn so much about rapping very quickly. It’s still going to take much practice and a lot of dedication and discipline but if you use this one technique of referencing I promise that you will be on the fast track!

Even after you first learned about this technique you still ignored it for years. This was mainly due to your ego. You thought you were better than you actually were. But deep down inside you were insecure. You were afraid to compare your songs to your favorite rappers because you knew you weren’t as good as them. So in your efforts to preserve your ego, you continued to work on your rap songs in isolation.

Once you drop your ego you’ll embrace this technique of referencing and the rap gains you see are going to seriously surprise you. You’ll wish you had done it sooner! Trust me!

Just pretend your favorite rappers are your teachers and their songs are your lessons. This technique of referencing can be used with anything you want to learn in life.

Once I discovered this technique I realized I had stumbled upon something much greater. I had finally learned how to learn! And now I’m no longer a slow learner. Now I have full confidence that I can learn anything using this technique and so can you!

Have you ever used this technique of referencing before? If you have then how so? And which songs did you use? Let me know in the comments section below. 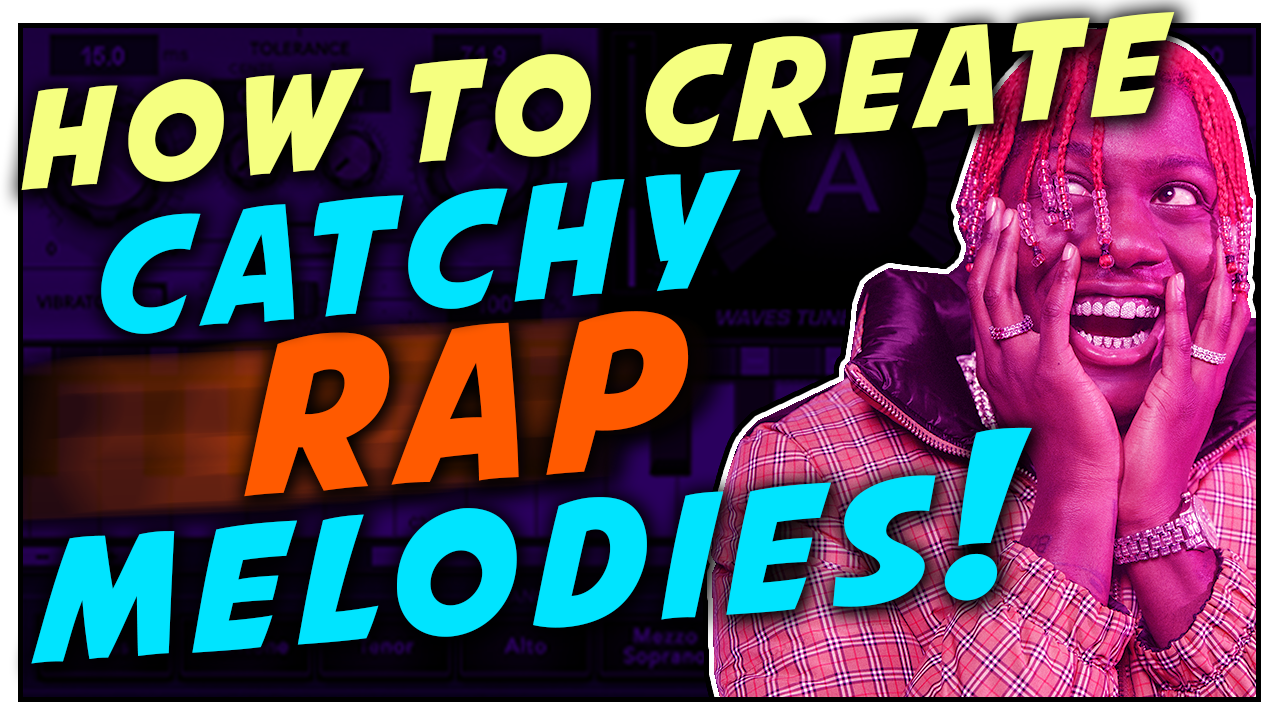 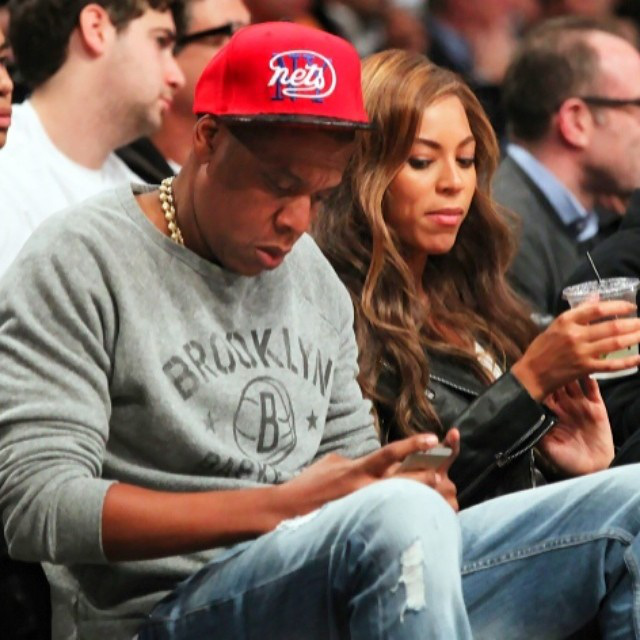 Sometimes I find myself wondering how to stay focused when I’m seemingly engulfed by distractions. Many of which are self imposed by my own doings. There is no doubt that