Why Your Rap Lyrics Sound Like Crap On Some Beats

Today I’m going to be sharing some tips that will help you rap your lyrics successfully over many different instrumentals. I produced every instrumental in this video, so If you hear one that you want, you can get it on my beat store.

It’s only a matter of time before you find yourself in a situation that requires you to rap your lyrics over a different instrumental than the one that you originally wrote to.

A few common reasons for needing to do this are…

In a perfect world, your rap lyrics would sound perfect over any instrumental that you pick but unfortunately this is not reality. You will find that your lyrics just don’t fit well with some instrumentals and here’s why.

First, let’s check out a snippet of a rap verse that I originally wrote to an instrumental that I produced called “Fairy Tales” which is 95 Beats Per Minute.

Now let’s check out a snippet of me rapping that same rap verse over another instrumental called “Chillax” that’s 91 Beats Per Minute which is 4 beats per minute slower than the original instrumental.

Notice how I changed my delivery to fit the chill vibe of this instrumental and even though this instrumental is only 4 beats per minute slower than the original instrumental, you can still feel that it’s slower by ear. Keep that in mind as we make a drastic jump in this next example.

If you’re rapping over an instrumental that’s more than 20 BPM difference than your original instrumental then you’re going to have to make a decision between rapping your verse in normal time or double time.

If you don’t know what double time is, I highly recommend you watch my video tutorial called “Double Time and Trap Beats Explained”.

While you can technically fit your lyrics to an instrumental that’s greater than a 20 bpm difference than the original instrumental I typically don’t advise that you do so. Because it’s typically going to sound either way too fast or way too slow.

If you’re going to rap your lyrics over a different instrumental try to find one that’s close to the tempo of the original instrumental.

If you’re not sure how to determine the tempo of the original instrumental, simply load it into tunebat.com and it will let you know in seconds!

Then when you’re on the hunt for other instrumentals just pay attention to the instrumental’s information which usually includes the tempo. And try to find an instrumental that’s as close to the original instrumental’s tempo and try to keep it below a 20 bpm difference.

The #1 Fundamental To Rapping

My name is Cole Mize with colemizestudios.com where I strive to make you a better rapper now. If you’re wanting to perfect your rap skills make sure you get yourself a FREE copy of my eBook The #1 Fundamental To Rapping below 👇

And always remember, when it comes to rapping, there’s no rules, there’s only techniques, peace! 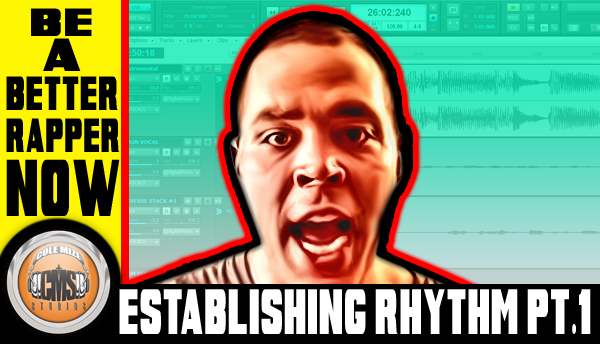 How Does The Beat Fit? In this installment of Be A Better Rapper Now I discuss how to improve rap flow by establishing rhythm, I refer to this as “trying 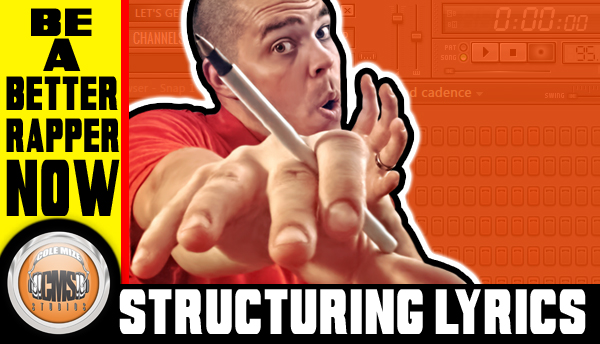 One of the most common issues I see up and coming rappers face who are learning how to rap is not having structured lyrics. In this article I will explain